12/27/2012 – MISAWA AIR BASE, Japan (AFNS) — Legacy of valor — its part of the Airman’s Creed, and it’s a focus of numerous movie plots but have you really thought about its meaning?

When I think of the legacy of valor, I think of times long ago and missions other people do.

Gen. Mark Welsh, our new Air Force Chief of Staff, gave a speech at the U.S. Air Force Academy last November. I highly encourage you to look it up on You Tube. He spoke to the young cadets about the heritage of the Air Force and the legacy of valor many unknown cadets have left in past history.

During his speech, he named cadets who did some amazing acts of valor. He then asked the audience, “Why don’t we know about these people?”

I recently had the opportunity to brief during a weekly wing meeting, and I also shared names of those who have become unknown to newer generations of Airmen.

I named 65 former F-100F “Wild Weasel” pilots who lost their lives in combat. Later that night, I spoke with a fellow commander, and he said one of those lost heroes was the father of his roommate while at the Academy. I wanted to find out about our fellow Wild Weasel to see what legacy he left us.

His crew directed repeat attacks against hostile surface-to-air missile batteries drawing fire away from ally strike packages. On one occasion, he prompted the firing of 10 missiles toward himself and ensured the success of the mission. Bosiljevac was ultimately shot down over North Vietnam and died in captivity as a prisoner of war.

Bosiljevac’s complete selflessness for his life and his devotion to duty sets him apart and epitomizes our entire Wild Weasel legacy.

Yes, technologies have improved and aircraft have gotten faster and more maneuverable but there is still a warm-blooded soul sitting in the seat with the understanding of real threats looming below.

We may not all fly over enemy territory, irritating enemy missiles until they fire at us but we are indeed Wild Weasels, and we fight side by side with our fellow Airmen every day.

Do your part to find that Wild Weasel, firefighter, maintainer and countless others who each left a quiet legacy of valor, so we can share their story. You may be surprised what you find and what connections the past and present have with each other. 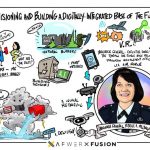 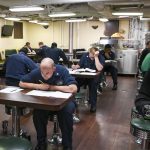 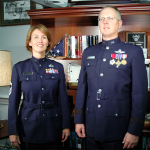