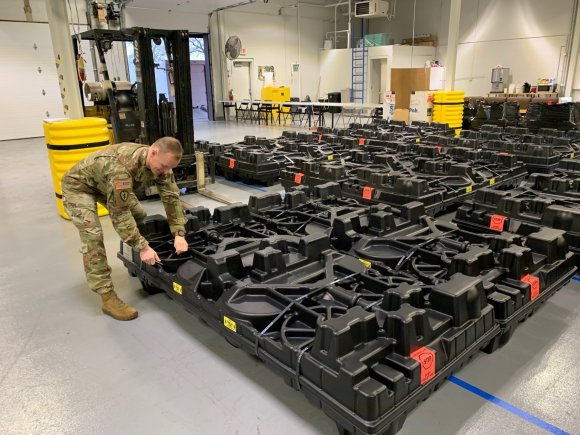 DECEMBER 27, 2019 – The U.S. Army’s new Army Combat Fitness Test (ACFT) goes into effect on Oct. 1, 2020. In order to meet that timeline, equipment for the ACFT has started shipping now and the Kentucky National Guard is the first of all three Army components (active, guard, reserve) to receive the initial fielding.

“I’m appreciative of the Kentucky Guard being the first Army organization to receive this equipment as we go into the ACFT transition,” said Brig. Gen. Hal Lamberton, Kentucky’s adjutant general. “The ACFT will be a better assessing tool of our physical conditioning. By virtue of us being the first to get the equipment, we’ve set ourselves up to have more time to prepare for the new test.”

Leading the charge for equipment distribution across the total Army is the Tank-automotive and Armaments Command (TACOM), who had a hand in selecting Kentucky as the first location. TACOM is a subordinate command to Army Material Command (AMC).

“Our master plan for the distribution of ACFT equipment across the Army is regionally based. With Kentucky being part of the southeast and one of the first regions we were fielding in, it worked out perfectly,” said Col. Steven Carozza, military deputy for TACOM’s Integrated Logistics Support Center and the lead for the fielding of the ACFT equipment. “Kentucky was ready and expressed an interest. We had the sets available and ahead of schedule so everything just kind of aligned perfectly for us to use Kentucky National Guard as the first unit to receive the equipment.”

According to Susan Hubert, Program Manager for the ACFT, the 54 states and territories of the National Guard are getting enough equipment to run 15,533 ACFT lanes and Kentucky is getting 308 of them.

“This ACFT effort, a Chief of Staff of the Army initiative, is critical to the Army as it directly supports our individual Soldier readiness,” said Hubert. “Our team is positioned to field all 36,608 ACFT sets for the total army by May 15. The National Guard’s 15 thousand sets will be included in that fielding.”

The first shipment arrived at the United States Property and Fiscal Office (USPFO) in Frankfort on Dec. 11 and will begin pushing out to the units across the Commonwealth this week.

Critical to the success of Kentucky’s physical fitness program is Staff Sgt. Zach Casey who is the designated project officer for the Kentucky Army National Guard and spearheading the effort to effectively implement the ACFT across the organization.

“It is proven that the Kentucky National Guard is willing to adapt and take something head on,” said Casey. “We opened our arms and welcomed it as a challenge. It’s pretty neat to be the first state.”

The Kentucky National Guard hosted a ceremonial equipment signing on Dec. 17 at the USPFO with representatives from TACOM and the National Guard Bureau in attendance.

Capt. Ryan Short, ACFT project officer for the National Guard Bureau stated, “The Army is focused on the tactical athlete and the ACFT is really the first big step in that direction. This is a part of a cultural change that the Army is going to embrace so we can have well rounded Soldiers.”

Every unit in the U.S. Army is required to complete a diagnostic ACFT between now and Sept. 30 before the ACFT becomes the official test of record.

Lamberton stated, “Change is an ongoing dynamic and the Kentucky National Guard will be ready.” 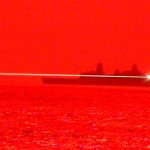