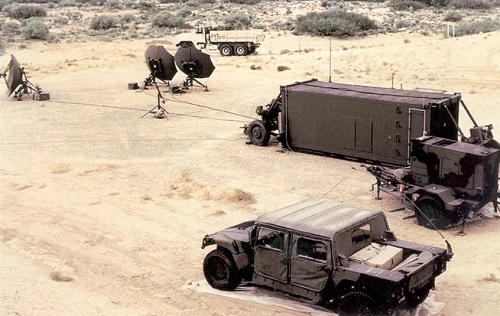 JTAGS is an early warning system that communicates with the Air Force’s Space Based Infrared System, which counters enemy tactical missiles targeted at U.S. forces or U.S. coalition partners. The system that underwent the recent testing was a new version of the system. The testing lasted 22 days.

Unlike the current version, the new JTAGS system will not be stored in mobile shelters, but will operate out of unit operations centers. It will provide real time alert information to forces on the ground to facilitate force protection efforts, active/passive defense operations, and attack operations.

“The crews were subjected to hours and hours of fast-paced scenarios that pushed their operational abilities to the max,” Harris said.

“This system is an essential piece in defending our Nation and its allies from a protection standpoint,” said Spc. Andrew Franco, 30th ADA primary JTAGS Operator.

With help from the ADA Soldiers, who quickly learned the new system and how to apply it in JTAGS operations, OTC collected all necessary performance data to support the Army decision criteria.