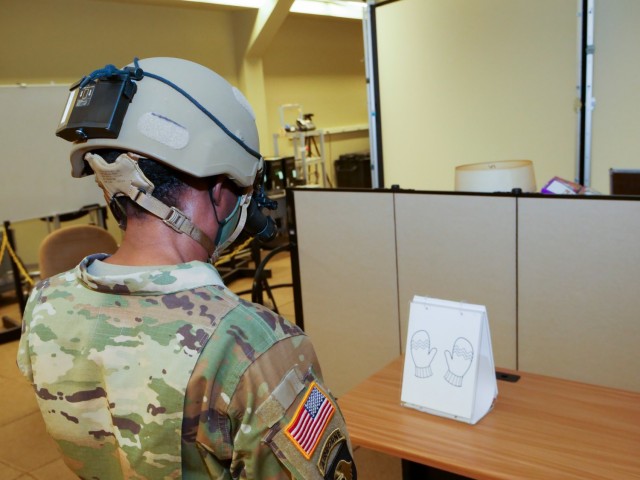 JANUAR 15, 2021 – Advancements in U.S. Army technology can give Soldiers an edge in an ever-changing operational environment, supporting the warfight.

The ENVG-B enables the Army’s combat forces to observe and maneuver in all weather, through obscurants, during limited visibility, and under all lighting conditions.

The Night Vision and Electronic Sensors Directorate at Fort Belvoir, Virginia, is conducting research and development for the Army and works closely with many Department of Defense organizations and other government agencies to increased capabilities for end-users.

“We were asked to examine some effects of different qualities of the night vision goggles,” said Josh Rubinstein, senior research psychologist with the Data and Analysis Center. “We designed a study looking at perceptual target identification and depth perception.”

The Howard-Dolman Apparatus was used for the depth perception test. MDARNG Soldiers judged the distance of two rods sitting about 20 feet away.

Paul Fedele, a physical scientist with the Army Research Laboratory, helped MDARNG Soldiers administer both tests in the dark. The tests established basic operational parameters for the ENVG-B system.