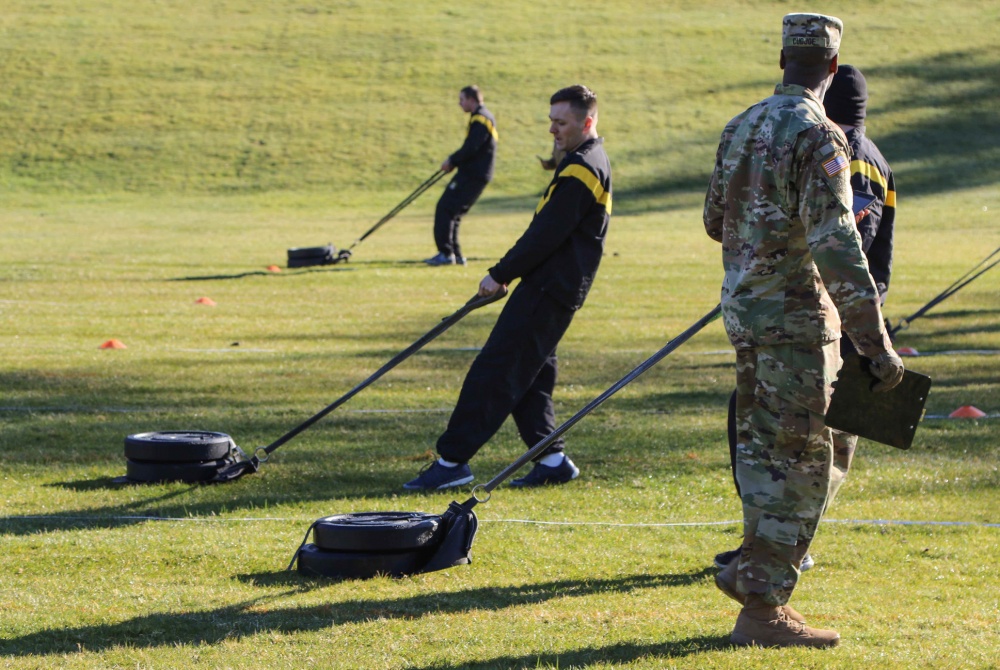 MARCH 22, 2019 – Since 1858, the U.S. Army has maintained fundamental physical fitness standard for Soldiers. Over the years, with multiple revisions, and changes, the importance of physical fitness is a benchmark to gauge the readiness of the force.

According to Gen. Stephen Townsend, head of U.S. Army Training and Doctrine Command, “The current Army Physical Fitness Test measures muscular strength and endurance, but the existing fitness test does not adequately measure the physical attributes needed for the battlefield.”

To prepare 21st Century Soldiers for challenges on the battlefield, the U.S. Army is in the field testing phase of the new Army Combat Fitness Test. The Oregon Army National Guard’s 741st Brigade Engineer Battalion (BEB), 41st Infantry Brigade Combat Team, is one of just 63 selected batallions taking part in the testing phase.

The participants are made up of all three U.S. Army components: Regular Army, the Army Reserve and the Army National Guard.

“I think it is great that this battalion is going to help the Army,” said Lt. Col. Russell Gibson, commander of the 741st BEB. “We get to help Oregon in the process of the implementation, and we get to help the Soldiers.”

The purpose of the test is to improve Soldier physical readiness, reduce injuries, and enhance mental toughness and stamina. The test consists of six events measured from 60 to 100 points. Each event is consecutively performed with just a few minutes of rest in between: