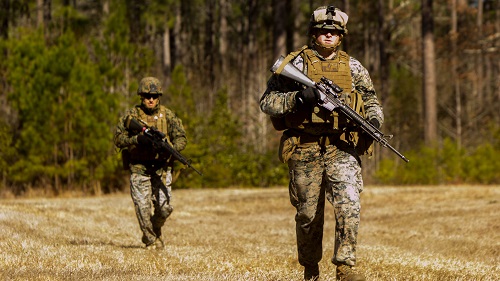 “Today we are doing a grenade range, familiarizing the Marines [on dummy grenades] and going on to the assault course in preparation for the live grenade drill,” said 2nd Lt. Steven A. Catadella.

This type of training prepares the Marines for for the upcoming ITX 3-17 at Marine Corps Air-Ground Combat Center Twenty-Nine Palms, California, to educate the Marines on the logistics and element of a Marine Air-Ground Task Force, according to Catadella.

Sgt. Justin Wright, a military police Marine with the unit, said that being out here in the field instead of an office increases unit cohesion and prepares the Marines for upcoming exercises. Keeping a combat mindset is always a priority regardless of military occupational specialty and we to have maintain a high level of combat readiness.

The unit is expected to travel to MCAGCC Twentynine Palms for ITX in the spring.