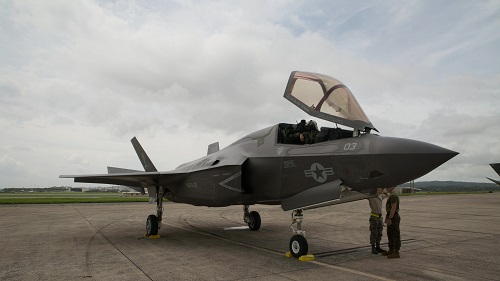 The F-35B represents the future of Marine Corps tactical aviation and incorporates the mission capabilities of the current Marine Corps platforms it is replacing—the AV-8B Harrier, F/A-18 Hornet,—within a single airframe.

As with current AV-8B and F/A-18 aircraft, the F-35B is planned to visit Kadena Air Base in Okinawa on a transient basis and operate in designated military airspace and ranges in a similar manner as the aircraft they are replacing.