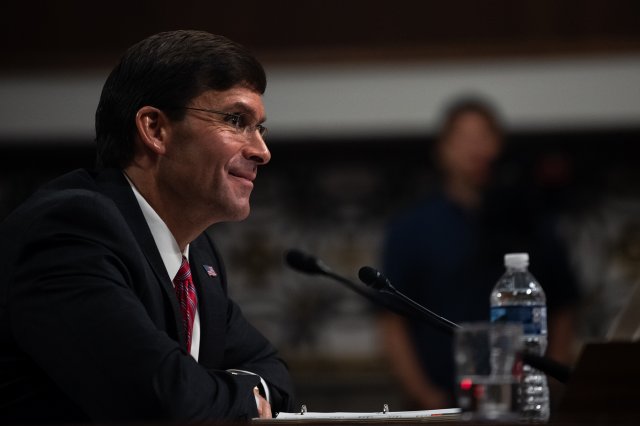 Earlier in the day, by a 90-8 vote, the U.S. Senate confirmed Esper to serve in the office.

Esper officially became the defense secretary when the president signed the appointment paperwork preceding the formal swearing in.

After Esper was confirmed as defense secretary, Trump this morning formally nominated David L. Norquist for the Pentagon’s No. 2 job as deputy defense secretary. Norquist will appear before the Senate Armed Services Committee tomorrow for his confirmation hearing.

When that happens, he added, Norquist will cease to perform the duties of the deputy secretary, and he will solely serve as the Defense Department’s comptroller and chief financial officer while under consideration by the Senate.

This is done out of deference to the Senate, to not presume confirmation, Hoffman said.

“Mr. Spencer’s leadership during this transition period has allowed the department to continue business as usual,” he said. “We are fortunate to have such a talented service secretary who’s fully capable of assuming these duties during this unprecedented period of transition.”