Many centers of influence still associate serving in the Army as a direct trade-off for a college education, so overcoming the misconception that the Army is not a viable option for college bound high school students is essential.

With a message that the Army creates opportunity for college education and the mantra “Education is not an option, it’s a requirement,” Cleveland Battalion recruiters have overcome this common misconception by showing that service in the Army and college education are mutually inclusive, accessible and important.

The Future Soldier Campus Orientation Program promotes Future Soldier retention by providing a tangible campus experience for the Future Soldier and his/her influencers that show the strong partnership among the Army and colleges, a commitment to educating Soldiers, and an overview of educational benefits that are tied exclusively to completed honorable service in the military.

The program introduces Future Soldiers to the veteran services coordinators for the participating colleges that include public colleges and private Yellow Ribbon universities — those that subsidize a portion of the tuition. Current participating colleges include John Carroll University, which hosts a resident ROTC department and is ranked seventh regionally by US News and World Report), Cleveland State University, Lake Erie College, and Cuyahoga Community College the largest community college in Ohio with a population of over 1000 student veterans.

Following the briefing, Future Soldiers and their family members are given a full college campus orientation tour by students currently enrolled at the college. Colleges also provide catered lunches for the Future Soldiers as well as complementary tickets to sporting events being held the day of the FSCO –creating a no-cost Future Soldier event for the company.

For many Future Soldiers, this is the first time that they have visited a college campus. This tangible experience helps solidify the connection between a choice to serve in the Army and the opportunity to seek a college degree.

Additionally, parents and spouses of Future Soldiers are able to validate incentives described by Army recruiters during the Army interview and Future Soldier orientation briefings. Parents have the ability to interface with college veteran services coordinators and verify that their sons’ or daughters’ decision to enlist in the Army is not a decision to forgo a college education.

The Future Soldier Campus Orientation program has been successful in Cleveland due to deliberate planning criteria established by participating colleges and the recruiting company.

Participating colleges are required to be service member opportunity colleges (SOC) and registered to participate in the Concurrent Admissions Program (ConAP). Additionally, the consortiums of colleges participating in the FSCO program have veterans services programs with full-time program coordinators and active veteran student organizations.

The FSCO program is facilitated by the recruiters but run by the civilian veteran program coordinators and college faculty members. An introduction from the college president or director of admissions, and briefings delivered by veteran services coordinators creates continuity and reinforces information Future Soldiers have heard from their recruiters.

The Future Soldier Campus Orientation program is a deliberate partnership with colleges committed to veterans that reinforce the message to Future Soldiers that college is a requirement for a successful career in the Army and in order to qualify to receive this educational opportunity you need to serve honorably — starting by shipping to Basic Combat Training. 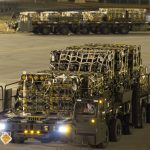