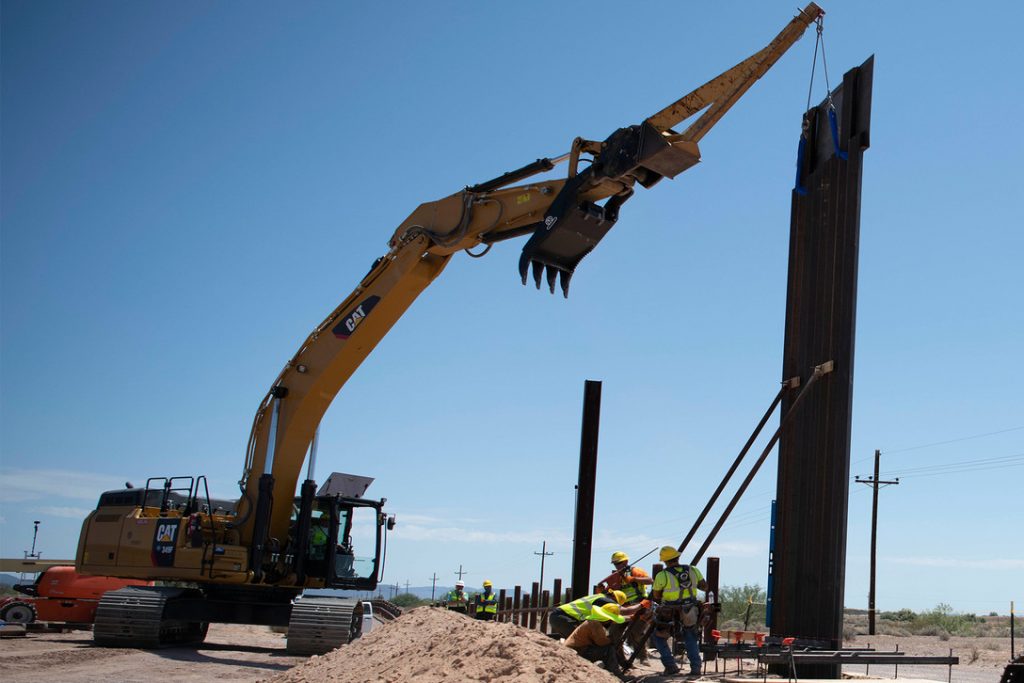 SEPTEMBER 20, 2019 – The Army Corps of Engineers expects to build 450 miles of wall along the U.S. Southwest border, a Defense Department spokesman said.

At present, about a mile of border wall is being built each day, Jonathan Rath Hoffman, assistant to the secretary of defense for public affairs, told reporters at a Pentagon news conference today.

The Army Corps of Engineers is the executive agent for DOD’s border wall construction. In April and May, the Corps awarded about $2.5 billion in projects to build a portion of the wall that will span 129 miles in New Mexico, Arizona and California, Hoffman said.

As of this week, virtually all of that $2.5 billion has been obligated and is on contract, and officials expect to have the remaining $3 million obligated before the end of this month, he said.

Hoffman pointed out that some of the property used for the wall construction already belongs to DOD — most notably, the Barry M. Goldwater Air Force Range in Arizona — and other land is in the process of being transferred from the Interior Department to DOD. Another allocation of $3.6 billion authorized under Title 10, U.S. Code, Section 2808, will go for 175 miles of border wall, he said.

Hoffman said the Department of Homeland Security has the lead on prioritizing which sections of wall get built first. “We’re working on their priorities,” he said. “We’re relying on border patrol agents on the ground, the people who have the most knowledge, to tell us where the border wall should be built.”

Building the wall takes time, Hoffman said. Besides the actual construction, other factors include planning, buying property and doing environmental assessments. Once those are completed, he said, the construction itself can be rapid.