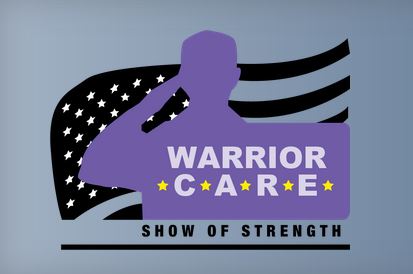 AUGUST 30, 2017, WASHINGTON – The Defense Department released guidance on Monday to clarify the liberal consideration given to veterans who request upgrades of their discharge saying they had mental health conditions or were victims of sexual assault or sexual harassment.

The policy is meant to ease the burden on veterans and give them a reasonable opportunity to establish the extenuating circumstances of their discharge, Yager said.

Cases involving invisible wounds such as PTSD or other mental health conditions, whether from combat or sexual assault, are some of the most complex and difficult cases to review, he said.

Mental health conditions, including those from PTSD, sexual assault and sexual harassment, affect veterans in many different ways, Yager said. “Liberal consideration, in our view, is the right balance to ensure we are making fact-based decisions while also giving appropriate leeway to the challenges posed by these invisible wounds,” he added.

It is unknown how many veterans could be affected, he explained, because the veterans most likely affected are those who did not disclose a sexual assault or sexual harassment during service, or their PTSD or other mental health condition was not diagnosed during their time in the military.

Veterans from any era can seek an upgrade to their discharge or ask for reconsideration under the clarification, Yager said. “The department is committed to helping veterans and taking care of our veterans regardless of whether they currently serve or if they’ve served decades ago,” he added.

Requests for upgrades are reviewed by military department discharge review boards or boards for correction of military records.

To find the forms to request an upgrade, veterans discharged less than 15 years ago can go to the website for the board for their specific service (the Army’s specific discharge review board website is listed below.) Veterans who were discharged more than 15 years ago need to go to the board for correction of military records for their service, he said (the Army’s board for military records correction is also listed and linked below.)

LINK BETWEEN CONDITION AND UPGRADE

Veterans seeking a discharge upgrade need to give the board evidence of a diagnosis, or provide examples of evidence to establish the mental health condition, or show evidence that they experienced an event such as sexual assault or sexual harassment that affected their behavior in a significant way, Yager said. They also need to explain how the condition caused the basis for their discharge, he added.

The boards consider the severity of the behavior that led to the discharge, Yager said, noting that not every discharge warrants an upgrade.

— Whether the veteran had a condition or experience that may excuse or mitigate the discharge;

— If the condition existed or experience occurred during military service;

— If the condition or experience excuses or mitigates the discharge; and

— If the condition or experience outweighs the discharge.

The review takes up to a year on average, and a veteran who is denied an upgrade can appeal to the board for correction of military records, he said. A surviving spouse, next of kin or other legal representative can also file an appeal on behalf of a veteran who has died or is incompetent.