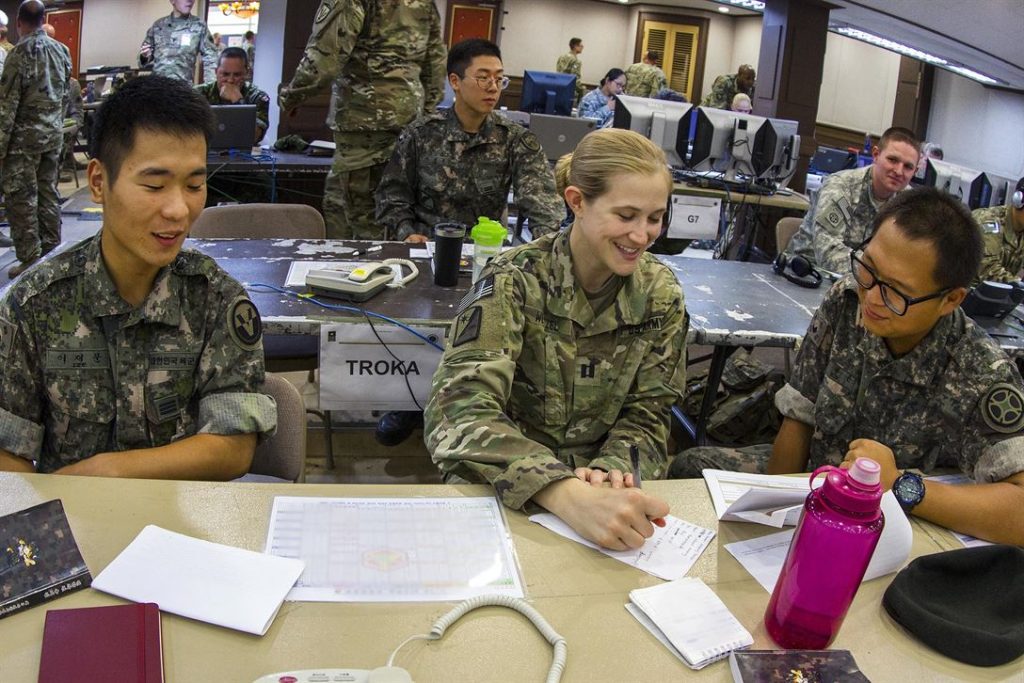 Mattis today met with Secretary of State Mike Pompeo, Chairman of the Joint Chiefs of Staff Marine Corps Gen. Joe Dunford, and Assistant to the President for National Security Affairs Ambassador John Bolton to discuss efforts to implement the results of the Singapore Summit, White said.

The suspended exercises include Ulchi Freedom Guardian, along with two Korean Marine Exchange Program training exercises scheduled to occur in the next three months, White said.

In support of upcoming diplomatic negotiations led by Pompeo, she said, additional decisions will depend upon North Korea continuing to have productive negotiations in good faith.

U.S. Secretary of State Mike Pompeo will meet with senior North Korean officials soon to see through implementation of the June 12 summit joint statement. A date has not been set, but the allied announcements on joint exercises are likely to demonstrate to North Korea that the United States intends to negotiate in good will.

The United States and South Korea have been allies for more than 60 years. Today, approximately 28,500 U.S. military personnel are stationed in South Korea.