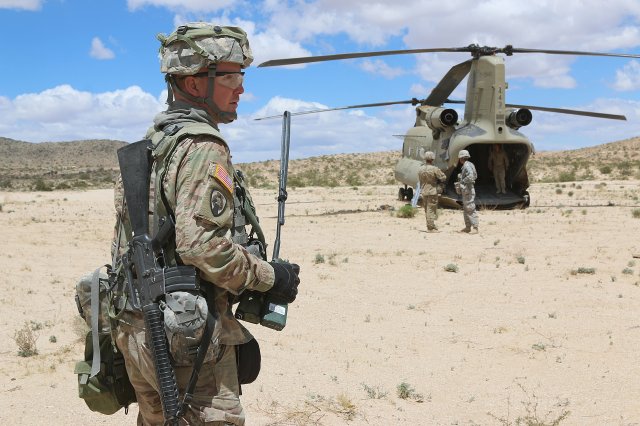 Speaking to reporters at the White House, Homeland Security Secretary Kirstjen M. Nielsen said the troops would augment U.S. Customs and Border Protection and provide support where needed to secure the border with Mexico.

Trump would issue a proclamation later that day on the matter, she said.

“We are working with the Department of Homeland Security to enhance the support we provide to the DHS border security mission,” White said. “We look forward to continuing our partnership with DHS to ensure the defense of our nation and security of the American people.”

‘UNACCEPTABLE LEVELS’ OF ILLEGAL ACTIVITY
Nielsen said the deployment is aimed at filling the gaps in border security and stopping illegal activities that pose a threat to the country.

“We do hope that the deployment begins immediately,” she said, adding the troops would support the mission in conjunction of the needs of the specific border state.

At the White House yesterday, Trump said he wants to use the military to secure the U.S. border with Mexico, in response to gaps in security there. “Until we can have a wall and proper security, we’re going to be guarding our border with the military,” he said.