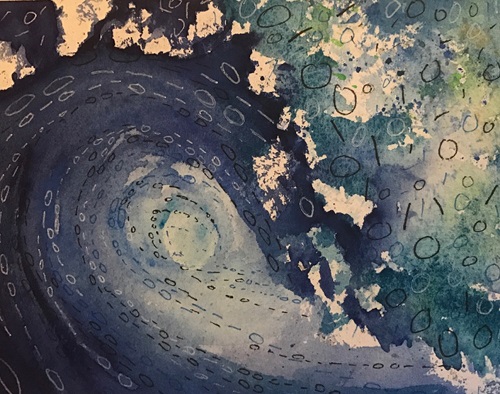 This online game calls forth the combined imagination of the Navy’s members and other public players. The Navy is looking for insight from people who are curious about the future and want to help design the Navy for a post-Singularity world.

A Singularity represents the convergence of forces so profound and transformational it creates an event horizon which we lack understanding beyond. On Earth, this represents the emergence of greater-than-human intelligence from technological means. According to Garth Jensen, director for innovation at Naval Surface Warfare Center, Carderock Division, experts estimate the “Year of the Singularity” could come as soon as 2035.

“What we can’t see is what lies over that horizon,” Jensen said. “If you’ve wondered what would happen to the Navy when that time arrives, you’re not alone. The Navy is looking for insight from people like you who are curious about the future and willing to put their imagination to work. Not a technologist? Don’t worry. This issue is so complex and open-ended that we need everyone’s perspective to help think it through. Help us design our Navy for the post-Singularity world that’s rapidly approaching!”

Game players can post ideas and then respond with other ideas which build, counter, redirect, or call for further expertise. Gameplay generates insight into complex, difficult, real-world challenges. After the game, the best ideas and concepts are considered for adoption by the Office of Naval Research and other Navy stakeholders. There is no telling how far a player’s influence might reach.

Those up to the challenge can sign up at this link: http://mmowgli.nps.edu/singularity/signup.

The MMOWGLI game will be hosted on the Naval Postgraduate School’s MMOWGLI platform and runs in any web browser on a personal computer or laptop. In addition, MMOWGLI support can be found through mobile devices such as an iPad. The game is open to all like-minded people who would also like to contribute, so please pass on this information.