JANUARY 24, 2023 – Agile Combat Employment is one of the most talked-about concepts in the Air Force. The ability to rapidly deploy and establish forward operating locations, manned by multi-capable Airmen, is the way the Air Force is crafting the future of warfare.

The Airmen of the 24th Special Operations Wing, Detachment 1, also known as Deployment Cell or “D-Cell,” have been doing just this for over 60 years.

The unit, based out of MacDill Air Force Base, Florida, consists of 54 members across 15 career fields, forming four agile teams. These teams of multi-capable Airmen are trained in 49 cross-functional tasks including Survival Evasion Resistance and Escape, or SERE, training, advanced shooting, and advanced combat casualty care.

The primary role of D-Cell is to “bare base,” which is to rapidly turn undeveloped locations into fully functional bases.

“The unique thing about us is that we have small teams that can go anywhere,” said Master Sgt. Nathan Johnson, a logistics superintendent and D-Cell Bravo Flight lead. “And because we can do other jobs, we can set up a bare base extremely fast, extremely efficiently.”

Due to working in such light and agile teams, being multi-capable Airmen is essential for mission success.

“Most of our Airmen are at – and I can say this comfortably – at probably a three-level in each other’s career fields, and some even a five-level,” said Master Sgt. Sammy Bridges, security forces superintendent and D-Cell Delta Flight lead.

“If I fall out, the next guy on my team, even though he might be a power [production] guy working on a generator, or he might be a services guy, guess what? He can still upload an aircraft,” added Staff Sgt. Jonathan Webb, an air transportation craftsman. “That [multi-capable Airman] concept is more than what you think it is.”

With their visibilities shifting towards future areas of operation, the unit visited Joint Base Elmendorf-Richardson, Jan. 6-10, to test their operating capabilities in extreme-cold weather environments.

“We’re out here to see if we can validate the Arctic side of what we have to do,” Johnson explained. “We’ve been in a certain part of the world for a long time, and mindsets are changing over where we could go. This is so we can test what we’ve been doing since the ’60s in a cold environment.”

The team spent their time in Alaska operating out of Camp Mad Bull, a training area on JBER designed to provide realistic austere operating conditions to test unit capabilities.

“You’re used to building and being at different locations for the past 20 years, where the whole [Department of Defense] has been, right?” Johnson said. “So now you come up here in a different environment, and you have to test yourself in that sense it’s zero degrees here versus where you’re used to building in 90 degrees [weather].”

Over the week, D-Cell worked on troop movement in extreme cold, deep snow, tent construction and night operations, all of which culminated into a simulated combat scenario.

“We’ve done medical training, [tactical combat casualty care] and things of that nature … now we’re getting knowledge from the Soldiers up here, who do things in the mountains and Arctic environment,” Webb said. “Pulling that knowledge of how you treat hypothermia, how you treat frostbite … versus what we dealt with the past 20 years in a different [area of responsibility].”

“It wasn’t even necessarily the Arctic cold weather training, but it was the questions, the back-and-forth of it,” he continued. “You can read a book on it all day long, but if you’re talking to the author, you’ll get those little details. It’s good to have that insight.”

After the training wrapped up, the team prepared to leave the sub-zero temperatures of Alaska and return to the warm beaches of Florida – bringing back a new set of skills and validated capabilities.

“As leads, not only were we thinking about the actual build and the project,” Johnson said. “From my perspective, it’s about the personalities and the camaraderie. When you put people in an austere location in a stressful situation, whether it be from external weather or threats, how can those people come together and work as a team and react? It’s been an awesome experience together.” 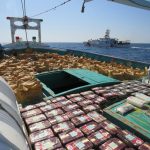 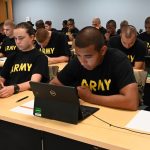 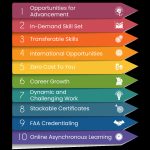 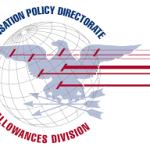