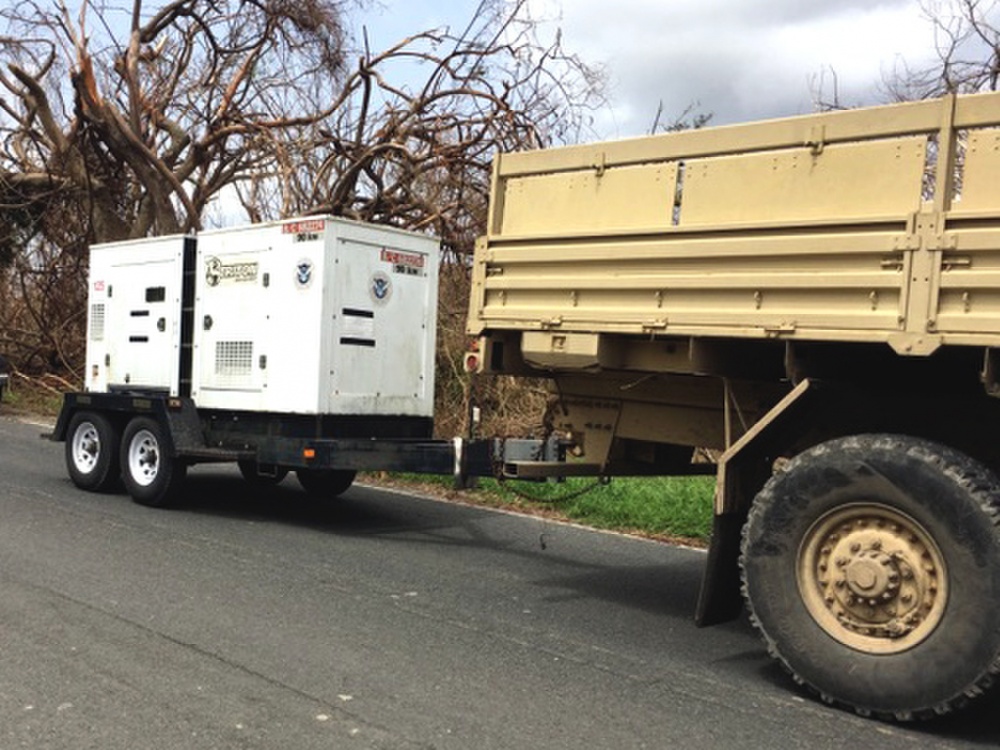 OCTOBER 9, 2017, St. Croix – After almost two weeks without potable water, over 25,000 residents on the island of St. Croix in the U.S. Virgin Islands felt water flow from their sinks and showers for the first time since Hurricane Maria ripped through the tropical island.

After Hurricane Maria barreled through the U.S. Virgin Islands, the Concordia Lift Station lost complete power and could no longer push water to its residents, leaving them without running sinks, showers and flushable toilets.

“We’re here to give people hope that they can come back from any type of natural disaster and get some of those necessities,” said Marie Normandie, U.S. Army Corps of Engineers St. Croix Power Team Action Officer.

Restoring temporary power to the Concordia Lift Station unsurprisingly was no solo task and involved strategic coordination between multiple territorial and federal agencies.

Prior to Hurricane Maria’s arrival, territory officials identified critical public facilities that were crucial for operations post-storm. After the storm, the Waste and Power Authority (WAPA) on St. Croix found the lift station without power and water was no longer available for over half the island.

As FEMA’s engineers, the Corps was tasked in restoring temporary power through its Emergency Power Planning and Response Teams. These Corps teams provide the capabilities to deploy and provide support to states during disasters that range from technical expertise to “turn key” installation of emergency generators at critical public facilities.

“We service FEMA by providing expertise in not only temporary emergency power but also temporary blue roofing, infrastructure assessment and public facilities,” said Cole Stonebrook, U.S. Army Corps of Engineers Mission Liaison for the Virgin Island Power Team. “All of our teams work together to identify any shortfalls in order to provide our customer, the territory, with a speedy application of emergency power to the most critical areas.”

A Corps Pre-Installation Inspection Team (PIIT) assessed the Concordia Lift Station and determined the proper generator type and size that would allow the lift station to run as designed until primary power can be restored.

“I’m very satisfied that we were able to provide drinking water to those who haven’t had it,” Normandie said. “Since I’ve been here, I’ve seen a lot of strife but I’ve also heard a lot of ‘thank you for being here’ and it makes the job worthwhile.”

The Corps’ Emergency Power Planning and Response Teams are continuing to work closely with FEMA, WAPA and the territory government to execute more temporary power missions for other critical infrastructures throughout the U.S. Virgin Islands.