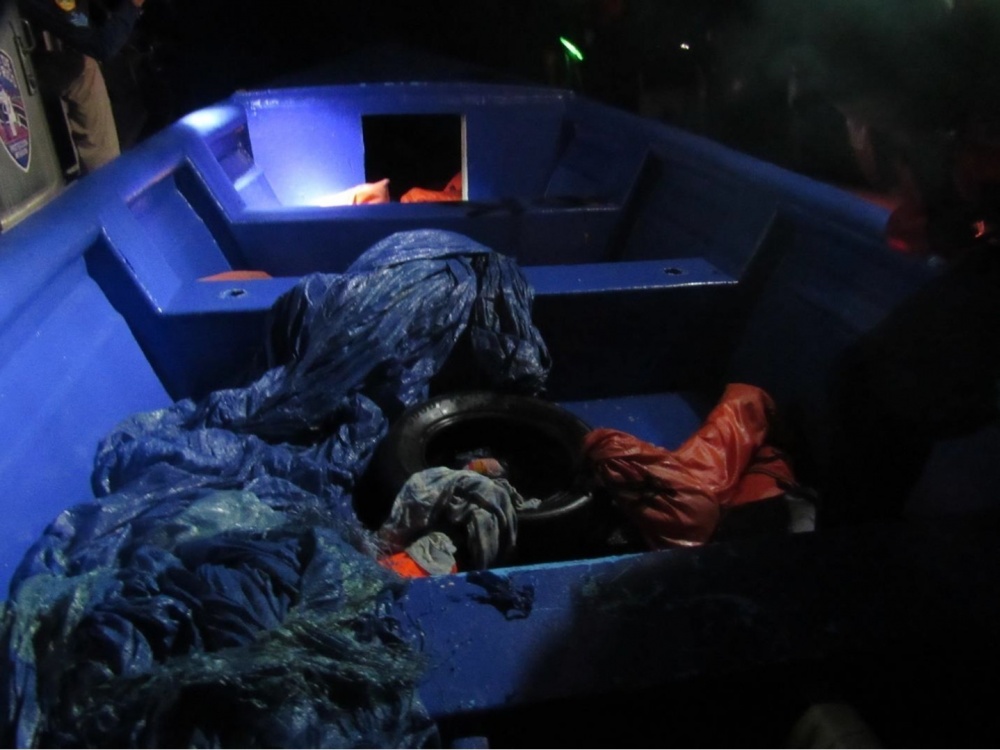 SEPTEMBER 30, 2020 – The Coast Guard Cutter Vigilant (WMEC-617) repatriated 20 migrants to the Dominican Republic between Sunday and Tuesday following the interdiction of an illegal migrant voyage in the Mona Passage just off Rincon, Puerto Rico.

The migrant group claimed to be Dominican Republic nationals.

The interdiction is the result of ongoing multiagency efforts in support of Operation Caribbean Guard and the Caribbean Border Interagency Group CBIG.

“The crew of the Heriberto Hernandez is glad to help save all 20 lives from this grossly overloaded makeshift vessel,” said Lt. Andrew Russo, Coast Guard Cutter Heriberto Hernandez (WPC-1114) commanding officer. “Unfortunately like in most cases, the conditions these migrants faced placed their lives in great danger. These makeshift vessels are unstable; they are unseaworthy and continuously take on water. Throughout the voyage, the migrants are exposed to the elements and leaking fuel, and they rarely have any serviceable lifesaving equipment onboard.”

Once on scene with the interdicted 20-foot makeshift boat, the crew of cutter Heriberto Hernandez safely embarked the migrants for safety of life at sea concerns. The migrant vessel was transporting 16 adult men and two women, as well as two male unaccompanied minors.

Once aboard a Coast Guard cutter, all migrants received food, water, shelter and basic medical attention. Throughout the interdiction, Coast Guard crewmembers were equipped with personal protective equipment to minimize potential exposure to any possible case of COVID-19. There were no migrants in these cases reported to have any COVID-19 related symptoms.

Cutter Heriberto Hernandez later transferred the migrants to the cutter Vigilant, which in turn completed the repatriation of the migrants.

CBIG was formally created to unify efforts of the U.S. Customs and Border Protection, the U.S. Coast Guard, U.S. Immigration and Customs Enforcement, the United States Attorney’s Office for the District of Puerto Rico and Puerto Rico Police Joint Forces of Rapid Action, in their common goal of securing the borders of Puerto Rico against illegal migrant and drug smuggling.