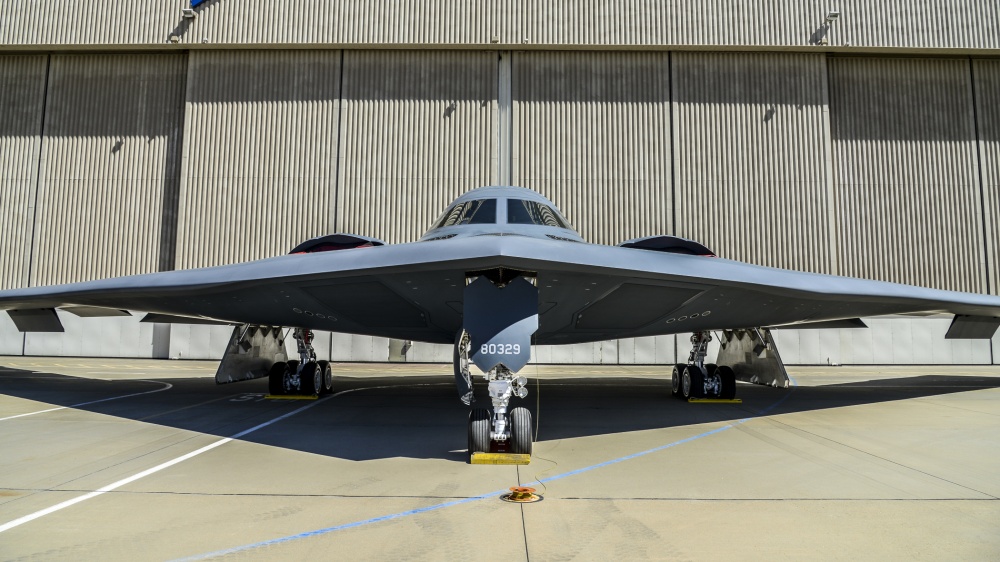 AUGUST 21, 2019 – Thirty years ago, on July 17, 1989, an oddly-shaped and dark-colored new plane took to the sky for the first time at the legendary Plant 42 in Palmdale, California. That plane, the B-2 Spirit stealth bomber, went on to join the U.S. Air Force’s fleet and has been a staple of the nation’s global air power dominance ever since.

The B-2’s manufacturer, Northrop Grumman, hosted an event to mark the B-2’s 30th anniversary of its first flight at an event at Plant 42, Aug. 20. Hundreds of employees, local leaders and military guests were on hand on the event, which included Maj. Gen. James Dawkins, 8th Air Force and Joint-Global Strike Operations commander.

“Operation Allied Force kicked off in 1999, when the B-2 took to the sky that spring,” Dawkins said. “The B-2 was tasked to strike Serbian integrated air defense systems, military air fields, command and control nodes, munitions storage facilities and other high value targets in the country.”

The air strikes in that conflict saw the B-2 in its first combat operations. The B-2’s success and its advanced technology continued on to Operation Enduring Freedom, Dawkins said.

“The B-2s were the first to respond to the 9/11 terrorist attacks, their targets were Taliban controlled air fields, surface-to-air missile systems and al-Qaida terrorist training camps,” he said.

Dawkins flew the “Spirit of Pennsylvania” B-2 into combat, and took the time to thank those at the event who were responsible for making his mission a success.

“Again the B-2 showed its combat capability…each of these conflicts demonstrated the reality of the lethal force of the munitions the B-2 carried,” he said “It is important to note that in between of these combat operations, the Air Force and Northrop Grumman team were hard at work at improving both the lethality of the weapons system, and, just as important, it’s sustainability and maintainability.”

Following the B-2’s maiden flight in 1989. The B-2 would eventually make its way to nearby Edwards Air Force Base where it underwent initial developmental testing. Edwards AFB continues to be part of the B-2’s testing of operational systems capabilities improvements.

Sustainment modifications today remain an important aspect of the B-2 program, and the Air Force continues to team with Northrop Grumman to ensure it remains mission capable and ready Dawkins said.

“All of this is because of the sacrifice of the great men and women here, and the ones that came before them to ensure that we’re able to defend our nation, this is especially important today,” he said. “It’s critical, the capability, this airplane brings and this team brings to the fight to ensure the defense of our nation, the B-2 continues to be ready to be called on to fight on night one.”

Janis Pamiljans, Northrop Grumman President of Aerospace Systems, worked on the B-2 more than 30 years ago as flight test engineer. He said the celebration held a personal place for him because the bonds that he formed working on the program and the human element it took for the Spirit to fly.

“I look at the crowd and it is the people who really brought this capability,” Pamiljans said. “We put it in front of the Warfighter, and the Warfighter did what they needed to do.”