FORT RUCKER, Ala. (Oct. 6, 2014) – In a climate of deep fiscal cuts, the Army’s Aviation Restructure Initiative has some good news for its Unmanned Aircraft Systems.

With the Army still in the infancy of Unmanned Aircraft Systems, known as UAS, integration into the force, the initiative allows the Army to keep its inventory of Shadow/tactical UAS workhorses aloft, and the planned restructuring bodes well for the future of Army Aviation, according to Col. Tom von Eschenbach, director, U.S. Army Training and Doctrine Command’s capability manager for UAS, U.S. Army Aviation Center of Excellence.

“Within the [Aviation Restructure Initiative], we were able to keep every Shadow system the Army had, and move it over to the aviation brigades,” von Eschenbach said.

Army Shadow systems and personnel historically deployed to the theater of operations as part of brigade combat teams. Adding the systems to Army Aviation’s attack/reconnaissance organizational structure amplifies the potential for manned-unmanned teaming, in support of the ground commander.

“In this case, one plus one doesn’t equal two,” von Eschenbach explained. “I think one plus one — Shadow plus Apache — equals three. It allows them to do a lot more and play off each other’s qualities. Now that they’ll be assigned together, we can extract more out of both capabilities by giving them opportunities to train and learn together.”

For Army Aviation, UAS are an extension of the manned-aircraft capability. UAS provides increased situational awareness, reduces threat to the manned platform and enables the commander to quickly acquire targets.

It’s not about taking anything away from the UAS operator’s role as an unmanned aeroscout, but rather added flexibility for the attack capability, von Eschenbach explained.

“The point is to give the Apache front seater the ability to make quick decisions on the fly. He might want to push the UAS over to [another] area, and he does not have to call back to the UAS operator and tell him in great detail. He can just do it himself,” he said.

The end product of merging manned and unmanned systems into one squadron is providing the commander more options and greater lethality.

“This is where truly we’ll begin to learn new methods, tactics, techniques and procedures on manned-unmanned teaming, in assigning those organizations together so they can live, train and employ capability in support of the current operational environment,” von Eschenbach said.

Part of the good news includes funding to invest in necessary upgrades for the Shadow systems.

Upgrades include the encrypted data links, such as the Version 2 Tactical Common Data Link, or V2TCDL, improving engine reliability and performance, and survivability considerations such as reducing engine noise. The plan also includes extended wings for the Shadow UAS for longer station time.

Fielding of the new V2 TCDL at the UAS training battalion, the 2nd Battalion, 13th Aviation Regiment, 1st Aviation Brigade, based at Fort Huachuca, Arizona, is slated for January.

“(The V2) brings the Shadow in line with where the Army wants to go for all high-fidelity, high-bandwidth transmissions, getting on the tactical command data link band. It will ensure the Shadow can continue to be the workhorse for awhile,” said Maj. Edward Adams, operations officer for 2-13th Aviation Regiment.

The 2-13th trains UAS operators and maintainers for the Hunter, Shadow and Gray Eagle platforms.

Also on the horizon, are projected future changes to simulations training, including linkage of the Apache Longbow Crew Trainer and UAS Universal Mission Simulator to provide high-fidelity manned-unmanned teaming training, and linkage with the Aviation Combined Arms Tactical Trainer.

The Shadow system’s first operational deployment dates back to 2003, in support of Operation Iraqi Freedom 1.

Although the systems have performed well, there is room for improvement in the future.

“We need to make more investments into UAS reliability in order to bring our UAS platforms more in line with the expectations and attributes of our manned platforms,” von Eschenbach said.

“In the past, we assumed risk in cost and technology maturity to quickly field and deploy these systems,” he said. “If we are to expand operations, and lift restrictions on flying and training UAS at home station and within the national airspace, we have to get better.” 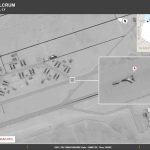