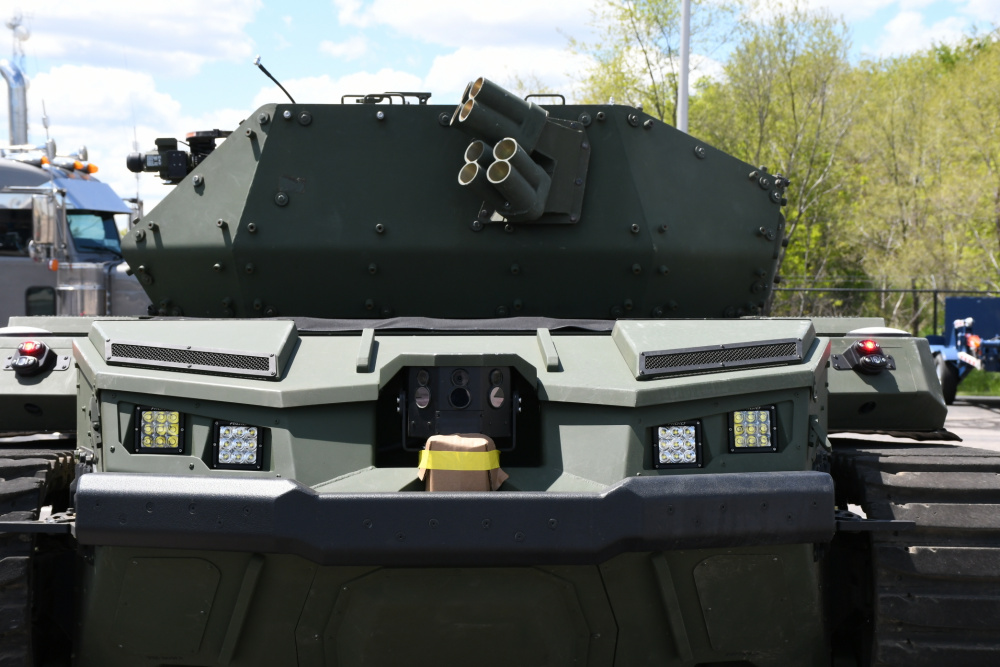 MAY 26, 2021 – The U.S. Army has taken delivery of eight Robotic Combat Vehicle (RCV) prototypes that will be used in a series of Soldier Touchpoints to further the Army’s Campaign of Learning.

The fourth and final RCV (Medium) prototype was delivered to the U.S. Army Combat Capabilities Development Command (DEVCOM) Ground Vehicle Systems Center (GVSC), which is based at the Detroit Arsenal, Michigan, on May 13th. GVSC previously took delivery of four RCV (Light) prototypes in December 2020.

“These prototypes have been purposely built utilizing what we have learned to date with RCVs and to give us an opportunity to further drive the RCV Campaign of Learning. The prototypes will be used by Soldiers in operational experiments to develop the tactics, techniques and procedures (TTP) that our Brigade Combat Teams will utilize to bring new levels of lethality to our forces through the combining of Manned and Un-Manned Teams (MUM-T),” said Maj. Gen. Ross Coffman, director of the Next Generation Combat Vehicles Cross-Functional Team.

While all of the variants are payload agnostic and can be equipped with a variety of modular mission payloads – such as Chemical, Biological, Radiological and Nuclear detection kits, smoke obscuration modules, electronic warfare and various weapon systems – the Light variant, under 10 tons, could likely support reconnaissance-related missions; the Medium, under 15 tons, could support direct fire augmentation; and the Heavy, 20-25 tons, could bring decisive lethality to its assigned unit.

With the RCVs now in government possession, work has begun to integrate autonomy on the systems, pair them with their manned control vehicle, and the move on to shake-out testing to prepare the vehicles for a Soldier Operational Experiment (SOE) to be held in summer 2022.

“We’re excited about the delivery of the final RCV (M) prototype,” said GVSC Director Mike Cadieux. “The work we’re doing collaboratively with the vendors, with industry, to integrate our Government owned and managed autonomy software onto these platforms is, I think, an ideal model for giving our colleagues and customers, and ultimately the Soldiers, confidence that the vehicles are being developed the right way.”

This summer both the RCV (L) and RCV (M) vehicles will undergo shakedown testing individually, in operations together, and eventually combined with the ground vehicle capability testbed, the Mission Enabling Technologies Demonstrators (MET-D) that serve as the RCV control vehicles during testing. MET-Ds are technology development tools that help the Army to evaluate emerging technology in a relevant tactical environment and decide if the new technology is worth integrating on new or legacy combat platforms.

In addition to the RCV (L) and (M) prototypes, the Army will utilize four specially equipped M113s to serve as RCV surrogates to shape and inform the future RCV effort with simulated larger caliber weapons systems. These RCV surrogates will couple with both the RCV (M) and RCV (L) to create the Army’s first Manned Unmanned-Teaming company during next summer’s SOE. During this experiment, Soldiers from the First Cavalry Division will employ the MUM-T company in offensive and defensive missions against a near-peer opposing force and conduct a live fire exercise as the culminating event.

“Taking these robotic vehicles to the field and getting real-time Soldier feedback as they operate simultaneously with all of the supporting capabilities that are required for success: this is what our Engineers really look forward to,” said Cadieux.

Brig. Gen. Glenn Dean, Program Executive Officer, Ground Combat Systems, highlighted the importance of collecting Soldier inputs not only to develop the TTPs for use of RCVs, but to further refine future requirements for the systems themselves.

“Utilizing Soldier inputs with these prototypes, while Government and industry engineers are out in the dirt alongside the Soldiers, allows us to ensure that when we move toward a production vehicle, we have all that input built into the system from the ground up,” Dean said. “We learned a lot by listening to our Soldiers during the Phase I SOE in the summer of 2020 at Fort Carson, using surrogate systems. The use of purpose-built, experimental prototypes in the Phase II SOE will increase our learning exponentially.”

Upon completion of the Phase II SOE, the Army team will make further refinements on the prototype and surrogate vehicles and then commence upon a Phase III cycle that would include an SOE in FY26. Decisions about Army acquisition and fielding of RCVs would be made following Phase III.