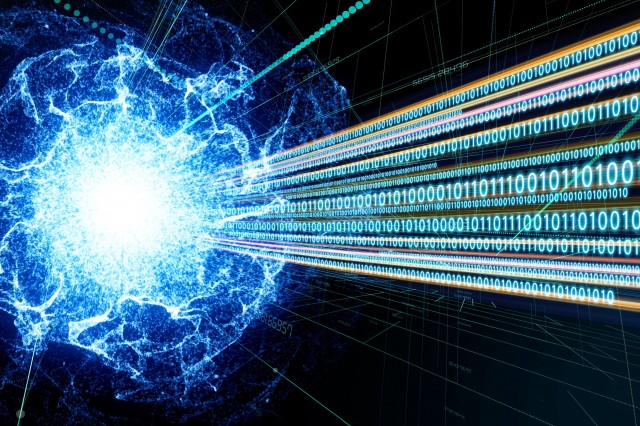 For the Army, the new quantum paradigms could potentially lead to transformational capabilities in fast, efficient and secure collecting, exchanging and processing vast amounts of information on dynamic battlefields of the future.

Noise is a common plague of any communication – anyone who has ever used a radio, a walkie-talkie or a phone experienced noisy reception now and then, Brodsky said. Communication engineers devise intricate schemes to remove the noise and to clean the transmitted signal as much as possible.

According to Brodsky, quantum communications are no different in their susceptibility to noise in communication channels. In fact, even more so than the regular classic communications because the quantum signals are extremely low power.

“To engineer a useful quantum network, we need to understand how far, how fast and how reliably we could send quantum information,” Brodsky said. “That requires understanding of the noise in communication channels.”

As the team modeled, emulated, characterized and measured different types of noise in quantum channels, the researchers realized that while some quantum noise types are impossible to filter out, others could be removed quite easily.

Surprisingly, it turns out that the bad noise could be converted into good noise by simply adding a cheap extra component to the quantum channel. Having this extra control allows them to tweak the channel and to adjust the properties of the noise that masks the transmitted signal.

The overall focus of the lab’s Quantum Networking Group is to experimentally explore the most efficient and secure ways to create, store and process quantum information based on state-of-the-art photonic technologies of the day. The main workhorse of the group is the lab’s quantum networking testbed that they have built at its headquarters in Adelphi, Maryland. Researchers use the quantum testbed to test-drive various photonic technological approaches to the fast and robust delivery of quantum information over large distances.

“We approach our research quite uniquely by wearing system engineer hats,” Jones said.

The research scope of the group spans developing the architecture and operational principles of quantum networks, as well as understanding and mapping technological limitations to its practical implementation, and, finally, inventing methods and techniques to engineer around these limitations. The current research results belong to the latter two categories.

The next projects in the pipeline focus on demonstrating an intriguing way of completely error-free transmission of quantum information. Further down the line is creating a multi-user quantum network testbed deployed in the field and demonstrating secure secret sharing protocols between two distance metropolitan campuses.

The field of quantum information science is booming worldwide as it potentially leads to unsurpassed capabilities in computation, communication and networking. It offers new paradigms in the ways information is being handled, which would lead to secure secret sharing, distributed network sensing and efficient decision making.

“Our research results are a step towards arming the warfighter of the future with quantum advantages and a good example of how operationalizing science results in transformational overmatch,” Brodsky said.

The group summarized their research results are in a paper, Exploring classical correlation in noise to recover quantum information using local filtering, accepted by the peer-reviewed New Journal of Physics. 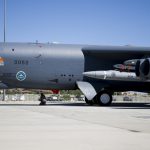