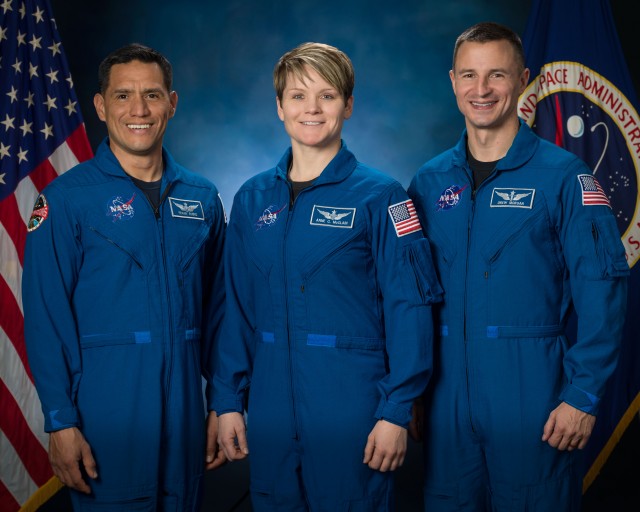 March 5, 2020 – If you’re looking to upgrade your combat uniform to a spacesuit, here’s your chance.

The Army is currently searching for candidates to be its next astronaut. And whether enlisted, warrant officer or a regular officer, any Soldier who is qualified can apply.

In the previous astronaut class, the service considered about 200 Soldiers who applied for the NASA Astronaut Candidate Program.

Those interested can apply through Military Personnel message 20-062, which outlines the application process. The deadline is March 31.

After highly-qualified applicants are chosen, they will go through a long screening process. The first round of interviews is slated for this fall, followed by a second round next spring.

The final class, which will consist of candidates from the other services as well as civilians, will be picked by summer 2021.

Candidates will then spend about two years in basic astronaut training, which includes skills from spacewalking and robotics to leadership and teamwork. After that, they will be eligible for a spaceflight assignment, according to NASA.

Maj. Frank Rubio, who was selected as a candidate in 2017, is the last Soldier to complete the training. He is currently awaiting a flight assignment.

Col. Drew Morgan, who was selected in 2013 along with McClain, is now in space and has already conducted seven spacewalk missions so far in his nine-month mission.

“We’ve been very fortunate that the Army applicants have been very successful thus far,” McClain said, “and that’s why we want to cast the net as wide as we can throughout the Army and get even more applicants.”

Soldiers, she added, have certain traits that make them valuable as astronauts.

“What the Army brings to the table, just like what Army Soldiers bring to the table wherever they go, is leadership and the ability to work in teams in arduous environments,” she said.

For those interested in applying, McClain cautions they describe in detail their experience on their resume since those reviewing it may not have military knowledge.

“What leadership training did you have, what team skills did you have? Every Soldier in the Army has leadership skills so put that on paper,” she said.

She also suggests to highlight technical skills, whether that means a Soldier worked on Humvees or helicopters, or turned a wrench on another piece of equipment.

Soldiers should write that they’ve carried out these technical skills in remote areas, which astronauts are required to do while out in space.

“Describe those things to people who are not necessarily in the Army,” she said. “I know that most Soldiers have the skills that we’re looking for and I just really encourage them to communicate that on their resume.”

If not picked this time around, Soldiers should not be discouraged. McClain, for instance, had to apply twice before being selected. Another astronaut in her class applied four times, she said.

She fondly recalled the spacewalks in her recent mission. A former OH-58D Kiowa Warrior pilot, she said they reminded her of flying in a scout weapons team.

While out in space, she was responsible for not only herself in a risky setting, but also her spacesuit that operates like a small spacecraft, as well as a fellow astronaut and their suit.

“Overall we had to use all of this equipment to accomplish an overarching goal as part of a bigger task at hand,” she said.

But unlike her previous helicopter missions, the view was much better up there.

“You step back and look down … and see your own feet dangling with the entire Earth behind it,” she said. “It was just a really magical moment.”

And if qualified, a warrant officer or even an enlisted Soldier could experience the same thing in the future.