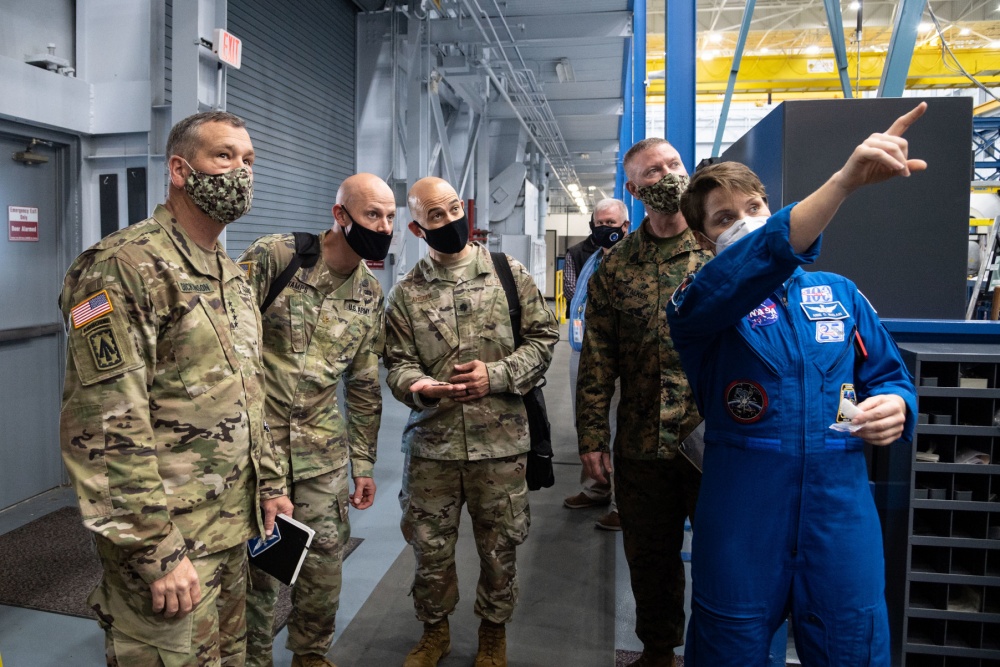 McClain is currently the only active duty Soldier who has been presented the device, considered the rarest qualification device any Army Soldier can receive, for wear on her service uniforms.

McClain became eligible for the device following her 204-day mission to the International Space Station as a flight engineer for NASA Expeditions 58/59 from Dec, 3, 2018, to June 24, 2019. During her spaceflight she contributed to hundreds of experiments in biology, biotechnology, physical science, and Earth science. She also conducted two spacewalks totaling more than 13 hours.

Army regulation 600-8-22 authorizes award of the device by the chief of staff of the U.S. Army to personnel who complete a minimum of one operational mission in space (50 miles above the earth). It is affixed to the appropriate Army Aviator Badge, Flight Surgeon Badge or Aviation Badge awarded to the astronaut.

McClain, a graduate of the U.S. Military Academy at West Point in 2002, served as an Army aviation officer and has more than 2,000 flight hours in 20 different aircraft. She was selected in June 2013 as one of eight members of the 21st NASA astronaut class.

She is one of three currently serving active duty Army astronauts and is a member of the U.S. Army Space and Missile Defense Command’s NASA Detachment, which also includes the detachment commander Col. Andrew Morgan and Lt. Col. Frank Rubio, the Army’s newest astronaut.

The Army Astronaut Program allows active duty Army personnel who are admitted to NASA’s Astronaut Candidate Program to complete the two-year process and serve as an astronaut while serving on active duty.