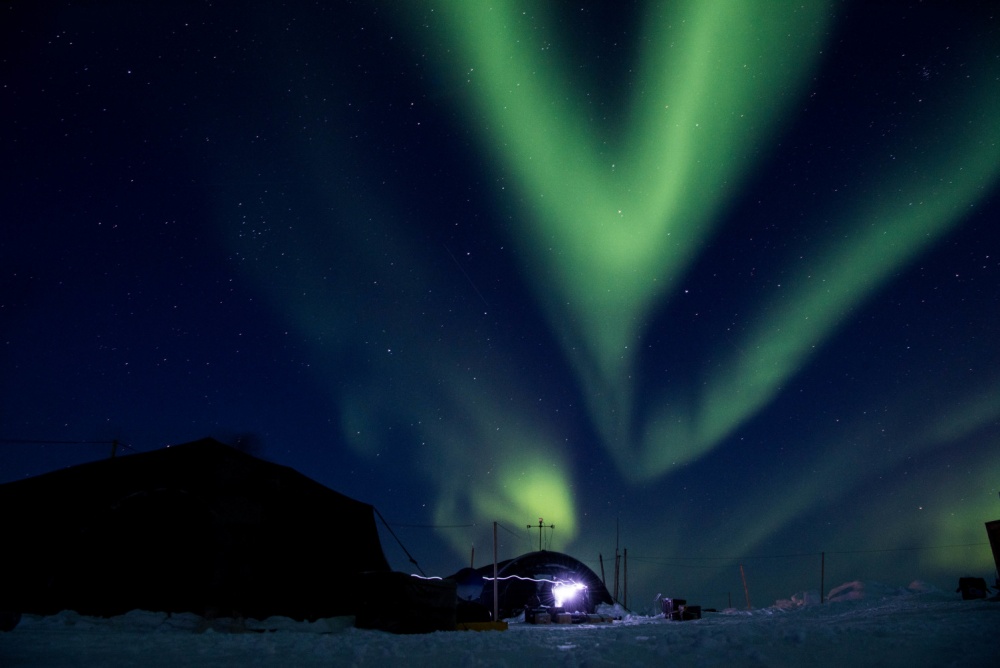 Under the direction of Undersea Warfighting Development Center (UWDC), the Arctic Submarine Laboratory (ASL), based in southern California, serves as the lead organization for the Navy in coordinating, planning and executing the drifting ice station and the overall arctic exercise.

“We named the outpost ‘Ice Camp SKATE’ after USS Skate (SSN 578), the first submarine to surface at the North Pole in 1959 after traveling 3,000 miles in and under Arctic ice for more than a month,” said Mr. Larry Estrada, Director of the Arctic Submarine Laboratory.

Since the success of Skate’s voyage, Arctic operations have been a crucial part of the missions conducted by nuclear submarines.

According to Estrada, the primary purpose of establishing the ice camp is to support the participating submarines, system testing and exercise torpedo recovery operations.

“The advantage of having a camp on the ice floe is to provide a stable platform to deploy a tracking range, sensors and test equipment for the exercise,” Estrada said.

“For this year’s exercise, the Navy needed a large and very stable ice flow to support the tracking range and a fixed-wing runway,” Estrada said. “The camp uses daily aircraft flights to maintain its logistics “lifeline” back in Prudhoe Bay, Alaska,” he said.

At the heart of SKATE is a multinational command center. From here, camp personnel keep tabs on everybody leaving or returning to camp, monitor any changes in the weather or the ocean environment and control the movement of vehicles and aircraft. Range Safety Officers (RSOs) in the command center monitor and control all movements of the submarines.

In addition to its command and control capabilities the temporary camp houses a galley capable of feeding over 50 people, a medical bay for potential injuries, a diving shelter torpedo recovery, basic lavatory infrastructure and warm storage for science experiments and gear that should not be frozen.

After the completion of the exercise and departure of the submarines, ASL along with team members from University of Alaska Fairbanks and Ukpeaġvik Iñupiat Corporation will dismantle the camp and return the site to its original condition.

“Great care is taken to preserve the environmental integrity of the ice floe,” said Estrada.

The Navy is committed to environmental stewardship and employs all practicable means to mitigate any potential environmental effects of activities in the Arctic to safeguard marine and natural resources.