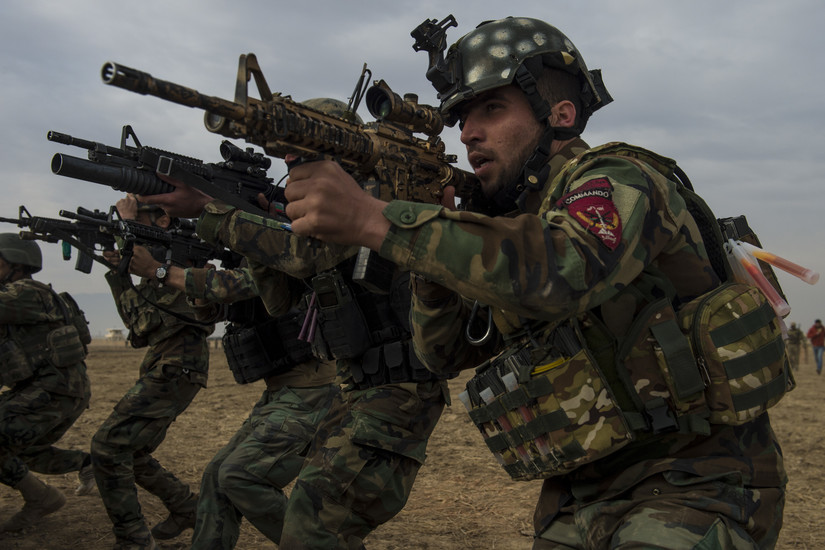 JUNE 20, 2018, Washington D.C. – The Eid al-Fitr ceasefire and the burgeoning peace movement in Afghanistan lead NATO officials in the country to believe the country is on the “edge of opportunity.”

British army Lt. Gen. Richard J. Cripwell, the deputy commander for the Resolute Support Mission in Afghanistan, called Afghan President Ashraf Ghani’s call for a cease-fire over the Eid holiday “courageous.” The Taliban agreed to the cease-fire and the nation saw what peace could look like as government and Taliban marked the end of the holy month of Ramadan this past weekend.

Ghani extended the ceasefire, but the Taliban, sadly, did not choose to honor that and attacked Badghis, a city in western Afghanistan. Thirty Afghan soldiers were killed in the attack.

The scenes in Kabul with Taliban entering the city to snap selfies and eat ice cream, show peace is possible.

Assisting Afghan Partners
Cripwell discussed the military pressure the Taliban are under in an effort to bring the group to the table. “We are not here to do this ourselves,” the general said to Pentagon reporters via video teleconference. “Our focus is on building capability to ensure the Afghan security forces can deliver effective, targeted military pressure to protect and secure their population and create the conditions for a political settlement.”

NATO trainers are helping Afghan forces, now, at every level. Senior NATO leaders partner with Afghan defense and interior officials. They work to increase institutional strength and look to root our inefficiency and corruption, the general said. They also help Afghan leaders establish procedures, doctrine and regulations to allow security forces to develop in a professional manner.

“We are also helping at the structural level to redesign and to produce a different sort of army: One that is capable, one that is professional and, in the long run, one that is affordable for the Afghan government,” Cripwell said.

Afghan Government Reform
Part of this is the Afghan government enforcing a mandatory retirement rule that is replacing older leaders with younger, better trained leaders who rose through the ranks on their merits and not family or tribal connections.

“My own country, the United Kingdom along with Denmark, Australia and New Zealand, oversee the training of over 1,000 new officers — male and female — per year at the Afghan National Officers Academy,” he said.

NATO trainers are also helping at the tactical level with the American 1st Security Force Assistance Brigade making its efforts felt at all regional commands in the country. Those officers and noncommissioned officers primarily advise at the brigade level, but can reach lower if needed.

The Afghan Air Force is also a growing factor, Cripwell said, and NATO advisors working at all levels to ensure the force is effective, accurate, proportional and sustainable.

There are seven regional support commands in Afghanistan, with four U.S.-led and the rest commanded by Germany, Italy and Turkey. They provide the advice to the corps units in the nation.

“I’ve seen for myself how resilient the security forces are, despite the challenging circumstances they find themselves in,” Cripwell said. “So far this year, they have defended over 80 percent of the district centers that have been attacked by the enemy.”

Peace marchers are showing the social pressure that Taliban is under from the people of the nation. One group marched from Helmand province to Kabul. They received shelter and aid from local mosques along the way. Other groups are active in the eastern part of the country and in Herat — in the west.