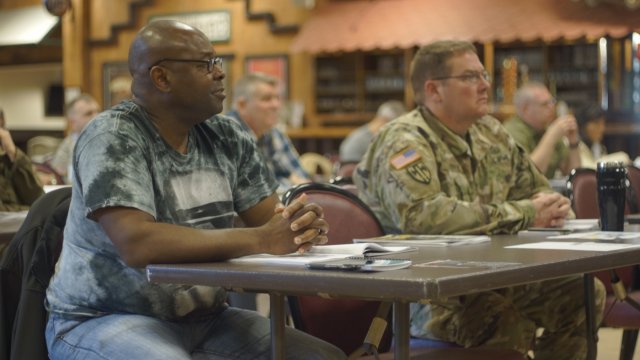 APRIL 24, 2018, Kaiserslautern, Germany – There is a lot to learn before an Army Reserve Soldier starts drawing retired pay. Fortunately, the 99th Readiness Division is there to help.

The 7th Mission Support Command and the 99th Readiness Division teamed up to host a pre-retirement briefing on Saturday at the Kazabra Club on Vogelweh Housing Area.

The briefing was designed to give answers to the many benefits, savings and pay questions that Army personnel who are pending or recently retired inevitably come to have.

The 99th RD’s team travels widely and partners with hosting commands to insure retirees get the most accurate and current information about Thrift Savings Plans, retirements earning projections, financial planning, and many more topics vital to a successful Army, Army Reserve, or Army National Guard retirement.

“We are here today to assist Soldiers in the retirement planning process, to help them understand some timelines in preparing for retirement, when to retire, how to retire, what forms to fill out and discuss some benefits that are available to them,” said Maj. Quana Wright, of the 99th’s Retirement Services Office, which put on the training.

In the retirement process the most important thing to do is maintain your documents while you are serving.

“What we see as personnel begin to retire, you have a checklist, you’re looking for certain documents and, oh, it’s not out there,” Wright said. “So maintaining the records is the most important and that helps you prepare and be able to better plan.”

One important item to remember is that once active reserve service is complete, a retiree loses access to the Common Access Card used to log into personal and other systems.

“We emphasize the DS log-in,” Wright said, which uses a username and password to access a Soldier’s records instead of a CAC. The seminar discusses how to establish the DS log-in while still in service.

There was plenty other information for retirees and future retirees as well, much of which is spelled out in the retiree’s 20-year letter.

“Believe it or not, there’s lots of information on that 20-year letter that you have to pay close attention to,” said Master Sgt. Kevin G. Watts, also from the Retirement Services Office.

And, whether or not to enroll in the Survivor Benefit Plan is one of those key things, he said.

“In the event of a Soldier’s death, it becomes critical that the spouse and the remaining family members have a portion of the Soldier’s retirement to be able to assist in sustaining that family,” Watts said.

The program is the only way a family can continue to receive the Soldier’s retirement income, and the Soldier has to choose whether or not to enroll very soon after receiving a 20-year retirement letter.

Also, educational benefits are very important, including the Montgomery GI Bill and the Post 9-11 GI Bill, he said.

While these programs are administered by the Veterans Administration, the readiness division can provide resources to help a retiree – or someone planning to retire soon – understand their benefits, Watts said.

Soldiers need to start working on retirement as soon as they realize they want to make the Army a career, he said. The readiness division reaches out to Soldiers at the 15-year mark and provides briefings at regular intervals across the Army Reserve’s footprint.

“Any Soldier that has more than 15 years in service needs to come out and hear the pre- and post- retirement briefing,” Watts said.

Typically about 14 percent of all those who serve make it to retirement, he said. A small percentage of those fail to complete the processing by the time they turn 60, and miss out on income they could have been receiving until they finish the paperwork.

For reserve Soldiers, normally, the first stage after completing a career is to go into the Retired Reserve, also called the gray area, until they reach age 60 – or sometimes less depending on qualifying active duty service.

These Soldiers are retired, but not yet receiving pay. In the Retired Reserve, Soldiers can’t accumulate any pay or retirement points unless recalled to service as a retiree.

About nine months before becoming eligible, a retiree should submit the paperwork to draw pay, said Mark Halpern, of the 7th MSC G1 personnel division. Retirees need to provide orders transferring them to the retired reserve, a copy of the 20-year-letter and some other paperwork to start drawing pay.

The 7th MSC’s primary role is to identify and contact reserve Soldiers who may be in the retirement window, Halpern said.

Career Soldiers have other saving options besides their annuitized retirement payments.

The TSP is a good investment because it has a very low expense ratio and low fees for administrative support.

“If anything, preparing for your retirement now is the key for later,” she said. “I know as a 20-year-old, it’s very hard to think of something 40 years down the line. But the sooner you start, the better.”

Starting sooner allows the investor to set aside more money, and protects against an economic downturn or a stock market loss, she added.

Money invested in the TSP is comparatively safe, however, when compared to the open market, Evans said.

“I have been doing this for over 10 years and I’ve never seen anybody lose a substantial amount of money,” she said.

While there’s always a risk, the TSP is safer because the manager don’t invest as much into higher-risk stocks, she added.

“I have the TSP on the civilian side, and I’ve been contributing to that ever since I’ve been working for FMWR,” said Master Sgt. Streitman S. Strong, who works in the 7th MSC G-3 training section, as well as for the U.S. Army Garrison Rheinland-Pflaz FMWR. He attended the briefing because he wanted to learn more about the TSP.

Strong received his 20-year letter a few years ago, but has not retired from active reserve service yet.

“I would say start contributing to the TSP immediately, because it’s a win-win situation,” Strong said. “I wish more people had told me that sooner.”

It doesn’t matter if you plan to leave the service without retiring, he said.

A Solider should still start that account as soon as possible.

“What if you change your mind?” he added.

Lt. Col. Grace Chong, an Army Reserve Soldier who also has already earned a 20-year letter, but is continuing her career. She attended the seminar to help her plan for the future.

“My primary concern is to know what websites I go to for information,” Chong said. “That’s my main focus.”

The 99th readiness division is planning more retirement seminars, including in Germany. The schedule and locations are here: http://www.usar.army.mil/Featured/Resources/Retirement/Pre-RetirementTrainingSchedule/ 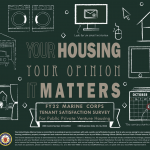