Can I serve if I’ve been convicted of a crime?

The military has standards. Most people understand there are physical standards – it makes sense that a recruit should be at some base level of fitness in order to carry out a job involving physical strain. However, less people are aware that the Army, Navy, Air Force and Marines also have moral character standards.

This begins with a face-to-face meeting with a recruiter. The recruiter will ask if a recruit has a criminal record. It is important not to lie because the military will not take your word for it, they will run a background check.

If a person does have a criminal record the recruit can be disqualified. This is because the military does not owe each citizen that applies to join a spot. To serve is really a privilege – and recently the military has met all quotas.

Here are the 2009 Active Duty Recruiting stats. All four services met or exceeded their recruiting goals for fiscal 2009.

Right now the military can be somewhat picky. It is clearly better not to have a criminal record to improve your chances of joining.

There are exceptions for those with records, sometimes a waiver is granted. The recruiter cannot grant the waiver, it is a recruiting command decision well above his or her pay grade. You cannot appeal this decision, it is final.

The waivers are available for some crimes, but not others. Here is a quick breakdown of crimes that a waiver might be possible for:

The quantity of offenses and combinations of offenses are also considered. It makes sense because a lot of offenses point to shoddy moral character. The military wants people who can be trusted with life and death decisions and who will do the right thing when no one is around to supervise.

The waiver decision will be influenced by the conduct of the individual after a conviction – did they have a clean slate and learn their lesson or have they had subsequent brushes with the law?

Even if a person is arrested, but later is not charged, they must report this to the recruiter.

The same goes for arrests that result in a non-civil court penalty, such as admission into an adult first-offender program.

Even if you have your record expunged and you have no record, a waiver might still be required

Here is a list of crimes that there is no waiver for:

There are a lot of ‘sea stories’ about Judges giving people on trial the choice of jail or the Army. This has been against the law for decades.

However, in the 1970s there were cases that this apparently did occur. This lead to problems as inevitably some of these recruits committed crimes while in the Army. Their lawyers tried to argue that the soldiers should avoid punishment because they enlisted as a result of the choice of prison or enlisting in the Army. Congress amended military law so that Army recruiters were banned from helping someone get out of pending charges by joining the Army. 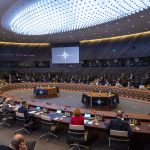