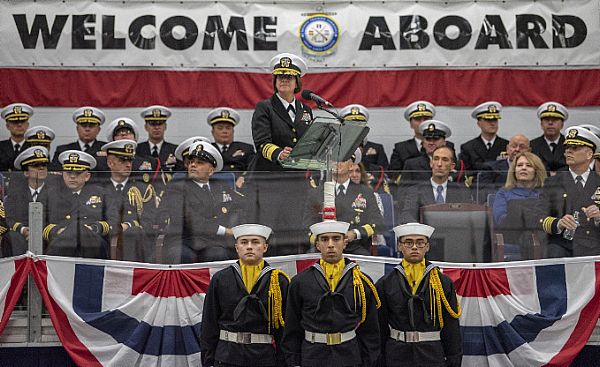 Following a review of Navy Basic Military Training curriculum, the American Council on Education (ACE) has recommended nine college credits be awarded upon graduation from the Navy’s only boot camp. The increase from two credits equals a potential tuition savings of $213.8 million annually when calculated using RTC’s annual throughput and the national average of $594 per credit hour across all collegiate sectors.

These credits are retroactive and apply to all RTC graduates since November, 2016. Sailors can review the ACE Military Guide and their Joint Services Transcript, which will be updated to reflect this information.

“We’ve increased toughness initiatives, line handling, reps-and-sets trainers, and placed greater emphasis on watchstanding and weapons handling,” Hall said. “There’s been more of a shift toward warfighting principles. Things were removed from the curriculum and replaced with, for instance, ensuring that every Sailor knows how to fight a fire, that they know how to do damage control and other critical skills. After a ton of curriculum was overhauled, the definition of a basically-trained Sailor has evolved and developed.”

“Over the past year, those curriculum teams moved mountains to improve the quality of our Basic Military Training Curriculum, merge it into the Content Planning Module system, align it with Basic Military Training core competencies and Navy Education and Training Command/Navy Education Training directives, and codify it into course documents acceptable for an ACE evaluation.” Keppen said.

Long-term, the 450 percent increase in college credits could lessen costs for the Navy Tuition Assistance program. The program pays up to 100 percent (within fiscal year caps and limits) of tuition costs of courses taken in an off-duty status at a college, university, or vocational/technical institution, whose regional or national accreditation is recognized by the U.S. Department of Education.

“It’s a benefit to the Sailor that is recommended for these college credits,” Terry Schmalgemeier, Course Curriculum Model Manager said. “As they go to apply for a degree, they might have the ability to apply some of these credits so they don’t have to take as many courses.”

Boot camp is approximately eight weeks and all enlistees into the U.S. Navy begin their careers at the command. Training includes physical fitness, seamanship, firearms, firefighting and shipboard damage control along with lessons in Navy heritage and core values, teamwork and discipline. More than 35,000 recruits are trained annually at RTC and begin their Navy careers. 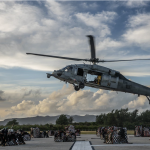 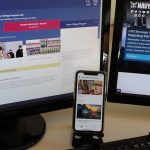 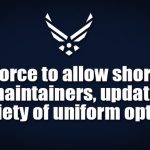