For the second year, Military Channel is bringing viewers behind the lines of the Army’s annual Best Ranger competition, a three-day event designed to test the mental and physical stamina of the elite Army Rangers and determine the best two-man Ranger team in the country. Premiering on Monday, July 10, 2006, from 8-11 PM (ET/PT), Military Channel’s BEST RANGER 2006 examines what it takes to win the physically and mentally exhausting competition and reveals the personal stories of the soldiers who participate.

In April, more than two dozen Army Ranger teams competed for 60 consecutive hours at Fort Benning, Ga., for the right to call themselves the Best Rangers. Sgt. 1st Class John Sheaffer, age 32, and Specialist Mikhail Venikov, age 22, both of the 75th Ranger Regiment, beat out 25 other teams to win the honor of Best Ranger.

Of the 26 teams that started this year’s competition, just 15 finished. The teams competed in 18 events designed to test their physical stamina and mental toughness. Events ranged from an unknown distance run and a pugil stick match to a blind weapons assembly/disassembly and a night shooting test. On April 24, the winners were presented with their coveted trophy. The top three teams from the 2006 Best Ranger Competition are as follows:

Captain Marc Messerschmitt, a former winner of the Best Ranger competition, provides commentary throughout the program, explaining the best tactical approach to each event and describing what the competitors are experiencing. Sgt. 1st Class Gerry Nelson, part of the 2005 Best Ranger winning team, also weighs in with insight and analysis. BEST RANGER 2006 also includes firsthand accounts of this year’s action, showing reactions before, during and after each event.

The Army Rangers are active-duty military personnel who can be called to war at any moment. These are the toughest members of a military group whose motto is “Rangers lead the way!” Army Rangers are the “best of the best.” The officers and enlisted soldiers nominated to Ranger School endure a grueling nine-week-long leadership course, which prepares them to lead units into close-combat, direct fire battle. During the leadership course Ranger students average just hours of sleep and two or fewer meals per day. Upon completion of the course, they must maintain a physical fitness standard that is 10 percent above what is required of the rest of the Army. The Best Ranger Competition challenges these highly skilled and accomplished Rangers in events that test their physical conditioning, Ranger skills and team strategies. 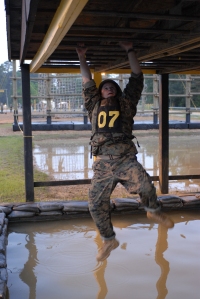 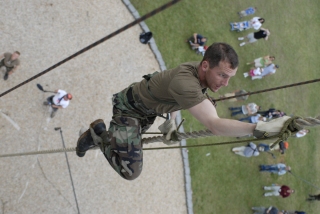 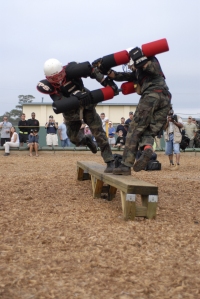 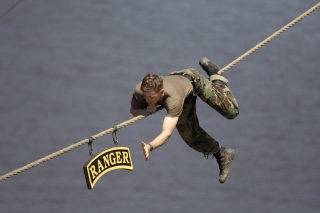