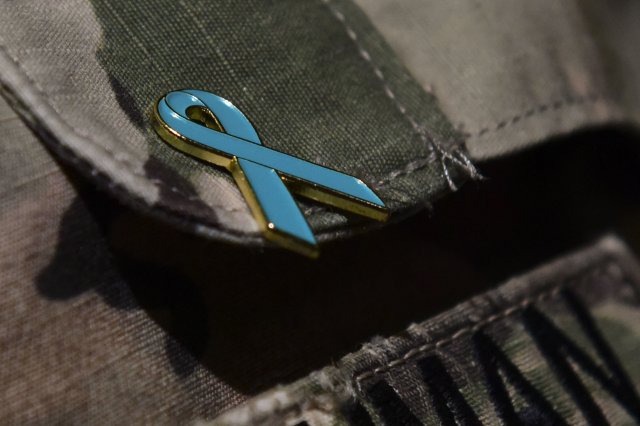 AUGUST 6, 2019 – The Department of Defense now has a new investigative tool to help identify perpetrators of sexual assault.

The new Catch a Serial Offender–or “CATCH”–Program, fully operational as of August 5, 2019, is run by the Naval Criminal Investigative Service for all branches of the U.S. Armed Forces and the National Guard. CATCH gives people making a Restricted Report of sexual assault an opportunity to anonymously disclose suspect and incident information to help the Department of Defense identify repeat offenders.

The details the victim provided to the CATCH Program are compared to others’ CATCH entries and other sexual assault reports. If the information appears to match with other allegations (one victim’s submission on a suspect matches another victim’s submission), the participating victims are notified privately. Participants can then decide whether to convert their Restricted Report to an Unrestricted Report and participate in the investigation of the suspect.

“Victims of sexual assault deserve our best support and resources,” said Dr. Nate Galbreath, acting director of the DoD Sexual Assault Prevention and Response Office. “We’re excited for the launch of CATCH, which will empower victims to disclose information about their assailant or assault in a safe and confidential way.”

Participation in the CATCH Program is voluntary. Victims can also decline to participate in the process at any point, even after being notified that there was a potential match, with no negative consequences if the victim does not agree to participate.

“Research suggests that some suspects commit multiple incidents before being reported or caught. With CATCH, the Department has a new tool to identify these suspects,” said Dr. Galbreath. “What’s great about this new program is that both currently serving and veteran service members who made a Restricted Report can participate. We hope that those who have since left the Service will consider contacting a Sexual Assault Response Coordinator and opt into CATCH.”

Each Service will assign military criminal investigative organization investigators/analysts to the “MCIO CATCH Program Team” to run inquiries against the CATCH system on a regular basis. The National Guard Bureau will also assign a point of contact from the Office of Complex Investigations for investigative matters. In addition, each Service and NGB headquarters will designate one Sexual Assault Prevention and Response (SAPR) CATCH POC to work closely with the MCIO CATCH Program Team and coordinate match notifications. Mr. Nathan Evans, of the Army Sexual Harassment/Assault Response and Prevention Division, is the Army’s CATCH POC.

Victims should contact their SARC for more information on the CATCH Program or to make a report of sexual assault. To locate the nearest SARC, the Department of Defense Safe Helpline provides a responder database available at https://www.safehelpline.org/nearme.

With Restricted, or confidential reporting, the adult sexual assault victim can access healthcare, advocacy services, and legal services without a notification to command or law enforcement. Under Unrestricted reporting, victims may also access these support services, but both the command and law enforcement are notified and the report is referred for investigation.

If you need to speak to someone immediately, you can reach the DoD Safe Helpline for anonymous and confidential, 24/7 support at 877-995-5247 or www.safehelpline.org.