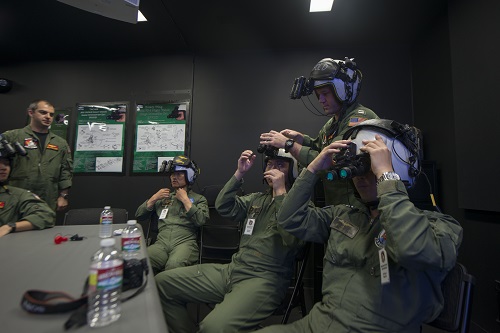 The WFOV NVG doubles the view field of traditional night vision goggles. The benefits are greater combat efficiency, depth perception, enhanced situational awareness and increased movement speed. The WFOV NVG has an 80-degree field of view, an increase in the viewable area 5.3 times greater than the current 40-degree systems.

A contract is currently in place to retrofit existing night field goggles with WFOV optics. The contract saves an estimated $32,000 per comparable system and millions more in logistics and sustainment costs. The total savings and cost avoidance is greater than $39 million.

In a 5-year contract with a $48 million ceiling, NAVSEA is already beginning to see those cost avoidances in the first year.

According to the TSOA results, “Warfighters strongly supported the WFOV F-NVG’s 80-degree field of vison and nominated this technology as a technology of warfighter interest in terms of warfighter utility.”