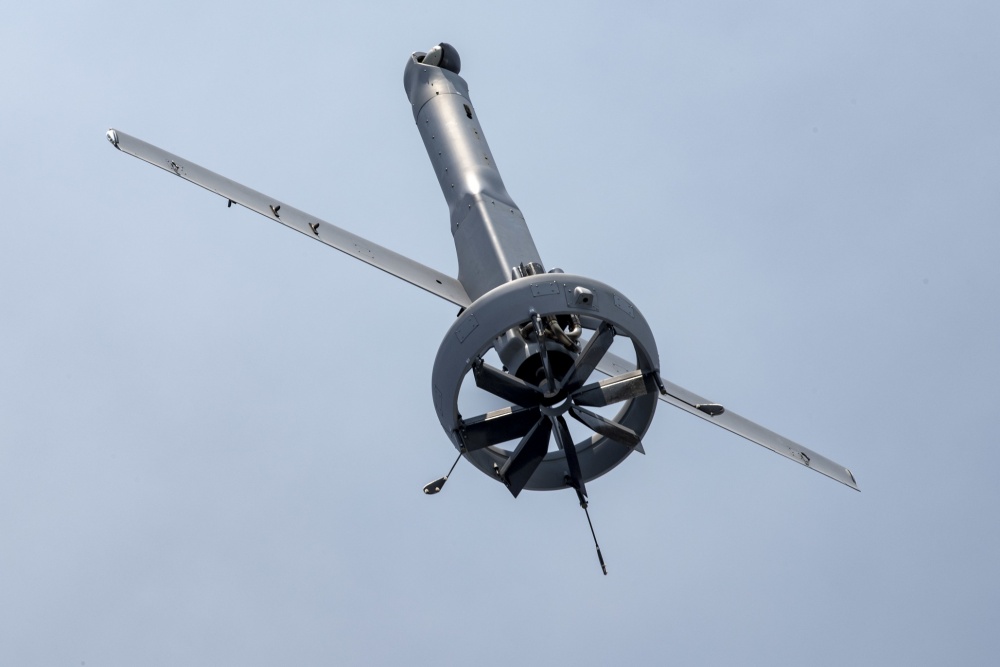 “The purpose for these underway [periods] is to get new capabilities that are under development by warfare centers, program offices, original equipment manufacturers and academia out in the fleet environment so we can do at-sea testing,” said Heagney.

Heagney continued in saying that testing this equipment at sea is necessary due to the difference in variables between a lab environment and a maritime environment.

“You’d be surprised how difficult things are when they’re in a maritime environment as opposed to testing on land. That’s why it’s so important for us to be out here.”

Heagney believes that the experiments tested were very successful. “We had a fairly defined list of tasks that needed to be accomplished and we hit the mark on every one.”

Some of the experiments conducted included testing the Knifefish UUV enables mine countermeasures missions (MCM) from an EPF as a vessel of opportunity (VOO), operating the V-BAT and Scan Eagle to provide improved detection and monitoring to support counter-narcotics missions in the Caribbean and Eastern Pacific and testing PNT for navigation in GPS denied/degraded environments.

Heagney believes experiments like this are necessary for the progress of naval innovation. “In order for the fleet to focus on innovation as a priority, we have to be able to take time to experiment at sea. Having a U.S. Navy ship take a week out of operations to test new capabilities makes the final product of our experiments much better and more efficient.”

Another coordination effort completed by Heagney was embarking more than 30 scientists onboard Spearhead to observe the fleet experimentation.

“My experience on this underway has been incredibly valuable”, said Gardner. “Not only in everything that we’ve witnessed, but in the networking and the other people that we talk to and the time I’ve spent learning from other organizations that I normally wouldn’t have the opportunity to spend several days onboard a ship with.”

While underway, Gardner had an opportunity to sit down with several active-duty Minemen embarked from Littoral Combat Squadron (LSCRON) 2. “Sitting down with the Minemen and listening to their problems and trying to empathize with them and see things from their perspective instead of assuming what their needs are is so important for us. It gives us a much better understanding of what the fleet needs.”

She continued in stating the importance of having opportunities to observe fleet experimentation and how it helps increase agility to meet emerging needs. “It helps us help Sailors. We have to keep the warfighter in mind and be in touch with what our Sailors need.”