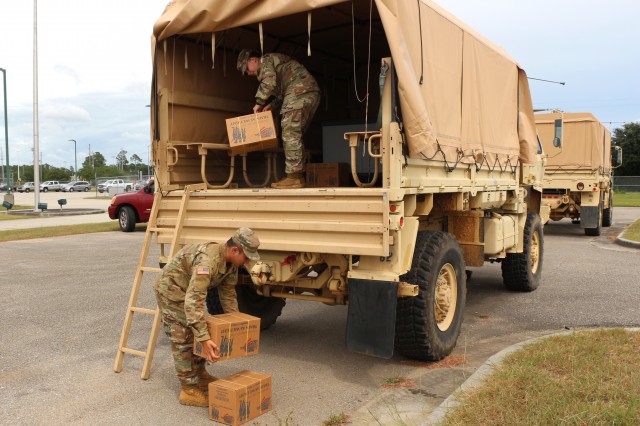 SEPTEMBER 16, 2020 – On the morning of September 14, Soldiers with the Tennessee National Guard’s Task Force Medical conducted COVID-19 testing on nearly 40 emergency responders preparing to depart for Louisiana to assist with Hurricane Sally response.

Tennessee’s Task Force 2 – Urban Search and Rescue Team, which is comprised of firefighters, police officers, and other first responders throughout the Middle Tennessee area, were tested this morning at the Nashville Fire Department Special Operations Headquarters in Nashville.

“Getting the team tested before they deployed ahead of the storm is critical,” said Lt. Col. Keith Evans, the Deputy Commander for Tennessee National Guard’s Medical Detachment. “This team will be working in close quarters with each other and the people they are going to help, so it is essential that they are healthy and not passing the disease to others.”

Evans and three administrative personnel with the National Guard conducted the testing and immediately delivered the specimens to the state laboratory upon completion. Once the tests are completed, the results will be relayed to the Task Force.

“The testing was expedited to ensure that the first responders could get where they are needed and help those in need,” said Evans.

Since April, Evans has been working with the Tennessee National Guard’s COVID-19 response as a medical provider and conducting testing throughout the state. He is currently the acting commander for task Force Medical and oversees 21 Regional Assessment Sites throughout the state, which has tested over 300,000 Tennesseans for COVID-19 and vulnerable populations. Before the pandemic, he was the program manager for Vanderbilt LifeFlight.