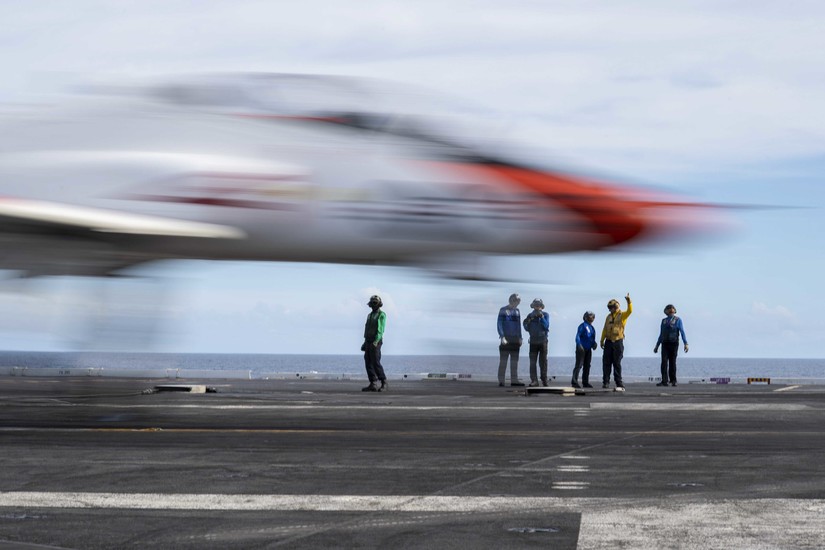 JANUARY 20, 2020 – As long as he is vice chairman of the Joint Chiefs of Staff, Air Force Gen. John E. Hyten said he will make sure speed is put back into every element of the Pentagon.

Inserting speed into everything the Defense Department does is a priority, the vice chairman told the Center for Strategic and International Studies today in a discussion on “the growing security challenges posed by U.S. strategic competitors.”

“When you look at our competitors, large and small, one of the things you find they have in common is they’re moving very, very fast. And we are not,” Hyten said.

DOD has built processes over the years that by design are not built for speed, he noted. “By design, they’re built to remove risk, and if you have a process designed to remove risk, you have something that is very … bureaucratic.” Strategic competitors such as China and North Korea are examples of what consistent, coherent strategies and the ability to go fast means, Hyten said.

Unlike 40 years ago, China has a powerful economy today. “China was a friend until a few years ago. China was not a great power competitor. Their military strategy was focused on countering the United States and our allies in the 1990s,” the general said. “Their economic strategy is tied very tightly to their military, because every technology that’s in China is available for military use.”

North Korea is also going fast and is the 115th most powerful economy in world out of more than 190 nations, he said, adding that their ballistic missiles and nuclear missiles have seen more success than before.

“If you want to go fast in the missile business, you need to test fast, fly fast, learn fast,” Hyten said. “North Korea learned from their failures, they changed systems and subsystems, and … North Korea has been building new missiles, new capabilities, new weapons as fast as anybody on the planet.”

Speed itself is efficiency, and speed builds capability and puts savings into programs, he said.

The United States needs to understand what failures are and learn from them by moving quickly from those mistakes, he said.

“I look back at hypersonics, and we’re now in a significant competition with a number of competitors around the world,” he said as an example.

The nation was ahead in hypersonics a decade ago when the two programs failed. We instituted multiyear studies into the failure process, and then cancelled the program, Hyten said, adding, “That’s not how you go fast.”

Every time we have a launch failure, we stop for years at a time to recover, he said.

With a $700 billion defense budget, we should be able to create the environment of peace in the world. To do that, we have to compete in the world and that means we have to go fast again.”
Air Force Gen. John E. Hyten, vice chairman of the Joint Chiefs of Staff

If we don’t have human life involved, we have to figure out how to go fast, how to adjust, how to learn quickly, how to move fast. “And we have to do that across our entire enterprise, and we’re not doing that,” the general said, adding that we must learn to take risks.

“The commercial sector is starting to lead the world in many areas. Were starting to embrace that, but not fully yet. We’ve got to embrace the elements of this country that are going fast, where we know how to do things,” he said.

Commercially, we’re the leader in information technology in the world, “but we haven’t learned how to do that in the DOD. … We have to allow people in acquisition to take risks and not delegate the responsibilities to the people who are executing programs,” the general said.

But DOD is making progress in acquisitions and through the military services. “Now we have to align the rest of the department to those initiatives and take advantage of it,” Hyten said.

“With a $700 billion defense budget, we should be able to create the environment of peace in the world. To do that, we have to compete in the world and that means we have to go fast again,” Hyten said. 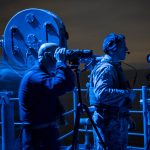