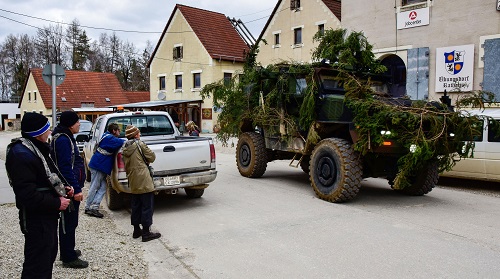 “The primary purpose of this exercise is providing a venue for the 1st Latvian Brigade to train in a Joint Task Force environment and increase their interoperability with both U.S. units as well as other multinational forces,” said Army Maj. Robert Temple, special operations force cell planner at JMRC. “Within that [joint task force] environment they have a replicated special operations component command.”

“We are here supporting our Estonian Special Operations Task Group brethren. They are one of our long-time partners that we’ve worked with and continue to work with in our Partnership Development Program,” explained a company commander for 1st Battalion, 10th Special Forces Group. “Additionally, we get to work with the Latvians which are another one of our primary partner nations.”

The program’s mission is to increase the ability of special operations forces to work together seamlessly while bolstering the capabilities of partner nations within U.S. European Command’s area of responsibility.

“In addition to developing the capabilities of vital NATO allies, we get to exercise a number of our staff battle drills, call for fire and clearance of lines, some of the traditional skills that we have not always been required to participate in within the last 10 to 15 years of fighting,” the commander said.

JMRC is the only Europe-based combat training center that trains leaders, staffs and units from the U.S. as well as our multinational partners to conduct unified land operations anywhere in the world.

“JMRC is a place where all the conditions are set to conduct different tactical operations in rural and built-up areas in as realistic environment as possible during peacetime and training with multinational forces,” said a senior leader of the Estonian special operations training group.