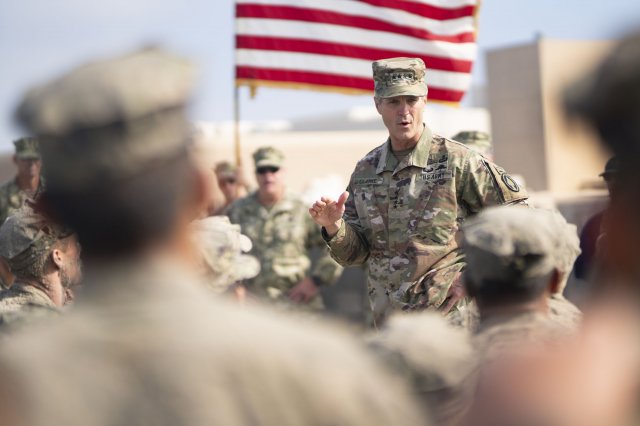 AUGUST 7, 2019 – The legendary toughness of the Navy’s SEAL teams was on display as the general in charge of U.S. Special Operations Command addressed the 57 sailors graduating from SEAL Qualification Training Class 322 in Coronado, Calif.

The class began training 15 months ago with 157 students. The physical and mental challenges the sailors faced whittled down the numbers and polished those who made it through to graduation.

“For each of you preparing to walk across this stage, it is an almost indescribable achievement,” Clarke said.

The new SEALs are a diverse group, hailing from 21 different states, the general said, telling the graduates the only thing they shared when the training began “was a desire to test yourselves, to experience a unique challenge, to be part of something bigger than yourselves and to put the needs of the nation ahead of your own.”

Clarke noted the new SEALs have charged through the surf many times in the past 15 months of training, but the next time they do it, it will be different — it will be as members of operational units.

“Right now, around the globe, Navy SEALs — your teammates — are hard at work,” Clarke said. “SEALs have — and will continue to play — an active and vital role in our national security efforts.”

SEALs continue to quietly and professionally set the conditions for their fellow service members to deter, disrupt and defeat any adversary, the general said. “You can be sure that we will continue to ask our SEALs to accept the most difficult missions,” he said. “This will challenge you in ways you cannot anticipate, and you need to be ready now.”

That these missions will require physical and technical competence is a given. But they will also require the SEALs to demonstrate character, the general told the graduates. “The themes of trust and of teamwork have been a large part of your training,” Clarke said. “Across the [Special Operations Command] enterprise, trust is our currency with the American people. It’s a powerful but fragile credibility that each of us must guard fiercely.”

The new SEALs are now part of this greater team of special operators who “share a common commitment to protect the American people, our prosperity and, most important, our way of life,” Clarke said.

“The American people trust that you — that we — will take on these challenges,” he added. “That we will not only win, but win with honor [and] with your values intact. Never allow a disordered loyalty to an individual or team to obscure the values, commitment and trust you share with your great Navy service, with Socom and with the nation.”

Clarke said the new SEALs will have lives in their hands, and that how they respond will affect their fellow citizens. Graduating from the SEAL Qualification Course is the first step. “We count your success here as assurance of your courage, your competence and, most of all, your character. I know that all of you are sufficient for the task,” he said.

The next time they have to wade into cold waters, Clarke said, he wants them to “wade into the unknown boldly, and keep your hands steady.” 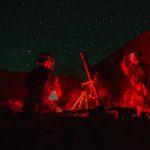