WASHINGTON, Jan. 13, 2014 – The Defense Department and Sesame Street have unveiled a book and DVD to develop resilience in young children.

Barbara Thompson, the director of the office of family policy/children and youth said “Little Children, BIG Challenges” lets military children know that challenges are a part of life. Whether a child struggles with sitting quietly at the dinner table, or faces a bully at school, the beloved Sesame Street characters can help.

After several collaborations initiated by Sesame Street on topics such as grief, DOD wanted to “get ahead of the game,” Thompson said, and produce something that was preventive in nature.

Whether a child’s challenge is large or small, the goal was to teach them to cope with and manage their emotions, stay positive and give them tools to overcome adversities in life, Thompson said.

A chapter on bullying, for example, teaches preschool children skills that they can use later in school, Thompson noted.

“We want to make sure they know how to diffuse [a situation], how to respond to it and know they can seek help,” she added.

“If we start ingraining those habits into children — that it’s not OK for somebody to be disrespectful to them or hurt their feelings, and they have the skills and the coping mechanisms to react to it, they will know what to do,” Thompson said.

The DVD isn’t something children can watch alone for entertainment, she said, calling it a “learning experience” that requires an adult to watch and discuss it with them.

While most Sesame Street shows, books and DVDs are geared toward young children, the coping mechanisms taught in “Little Children, BIG Challenges” will show parents how to pass those skill sets along to their older children in middle and high school, Thompson added.

“Parents can translate it to an older child at his or her developmental level,” she said.

Sesame Street’s follow-up research and evaluation on its first military child product showed “very positive feedback” from parents who said it helped them help their children understand the issue. All materials are in English and Spanish and are downloadable at Military OneSource.

Additionally, a free Sesame Street phone app was recently launched on relocating. “The Big Moving Adventure,” Thompson said, is in the top-five of apps for children younger than 5 years old.

Even though the Iraq war has ended and Afghanistan’s war is drawing to a close, The Sesame Street series for military children still will be available in peace time, Thompson said, because other missions will evolve and similar circumstances will arise, such as frequent military moves, sibling rivalries and divorce.

“When they have the skills to label their feelings and to validate it’s OK to feel happy or sad … and when we give kids the skills to verbalize and understand themselves, that self-regulation is probably the greatest gift we can give a child,” Thompson said. 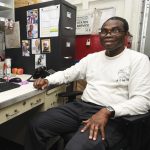 JULY 6, 2020 – The Sierra Leone Civil War was a conflict between the rebels of the Revolutionary United Front and the Sierra Leone Government that lasted over ten years. This conflict would prove to be one of the most tragic events in history, resulting in the deaths of between 50 and 300 thousand and […]