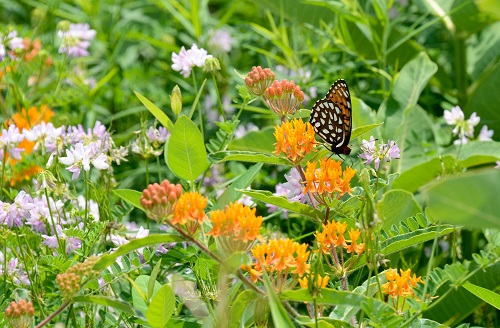 Pennsylvania outperformed 53 other states and territories to win the awards. The sustainability award highlighted the efforts the Pennsylvania National Guard has made toward recycling and other initiatives.

The Pennsylvania National Guard was able to recycle more than 150,000 pounds of batteries as well as more than 225,000 pounds of brass. These initiatives helped both the environment as well as provided nearly $450,000 in revenue or saved disposal costs.

“The sustainability team is constantly searching for ways to minimize waste disposal and to expand waste diversion; this benefits both the environment and the military in that the dollars saved thru the reuse and recycling of items can be spent elsewhere,” said Dreama O’Neal, the team leader for sustainability.

Another initiative the sustainability team was recognized for was the implementation of green products in the Pennsylvania National Guard’s field maintenance shop #4. The shop replaced various cleaners with alternative products. The use of these green products eliminates toxic flammable materials as well as reduces the amount of other chemicals released into the environment.

“These alternatives will now be shared with the remaining Pennsylvania Army National Guard maintenance shops. The team maintains safety data sheets for all products on the internal bulletin board as well as in shop and armory readiness center locations where they are used,” said O’Neal.

The natural resources award recognizes Fort Indiantown Gap’s efforts to protect wildlife, including the regal fritillary butterfly and the 127 species of concern residing on the installation.

John Fronko, director of the environmental team, is happy with the wins.”With our great team of professionals, we are able to support and enhance both the military mission and the environment and it is fulfilling to see them recognized for their efforts.”

The Pennsylvania National Guard, Bureau of Environmental Management, is committed to environmental excellence in supporting the missions of the Department of Military and Veterans Affairs as well as the Pennsylvania National Guard. The bureau manages a large variety of programs ranging from endangered species to cultural resources to hazardous waste.