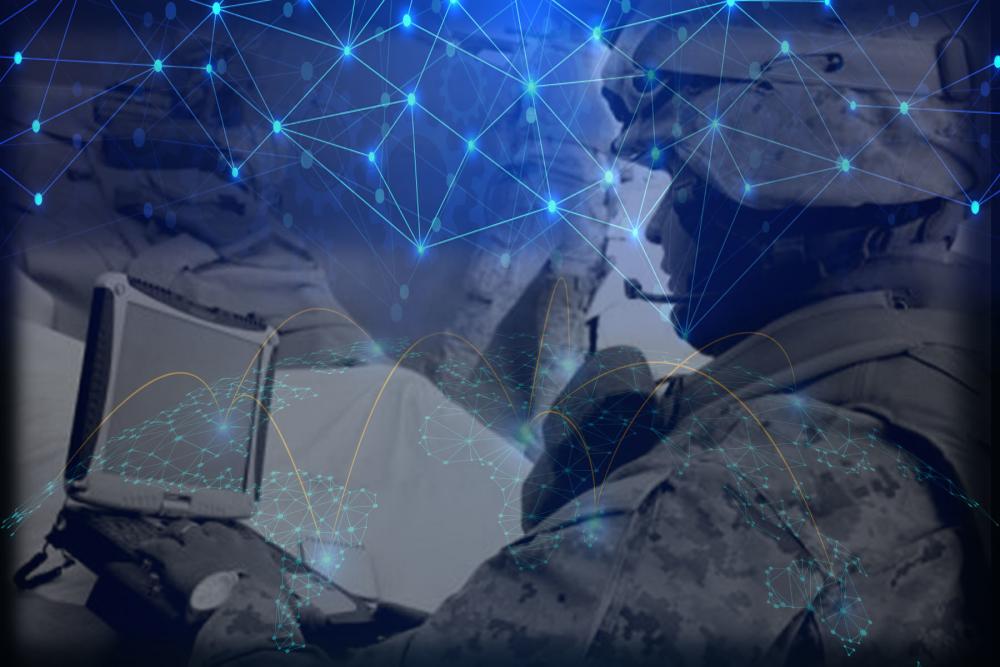 The major modernization effort, which completed its first round of fielding this summer, was developed at NIWC Atlantic’s Expeditionary Warfare (ExW) Department, where teams spent years reducing the size, weight, cost and power requirements of the Distributed Common Ground/Surface System – Marine Corps (DCGS-MC).

Though the new DCGS-MC footprint shrank, critical battlespace awareness capabilities actually increased, making the consolidation a major advancement on both the innovation and the tactical operation fronts.

“As an expeditionary force-in-readiness, the Marine Corps has always traveled light,” said Capt. Wesley S. Sanders, NIWC Atlantic commanding officer. “But with our nation’s strategic shift in focus to distributed maritime operations and island chains in the Pacific, Marines now require even lighter gear and equipment, which is why this new capability is so crucial.”

DCGS-MC is part of the primary intelligence system used by all branches of the U.S. military. It is a secure, data-driven, globally networked system designed to meet the intelligence, surveillance and reconnaissance (ISR) needs of the warfighter by sensing, processing, analyzing and exploiting information at all classification levels.

The latest version of DCGS-MC offers many new features, most prominent among them a powerful app for performing automated analytics as well as an extensive virtual architecture where more apps and capabilities can be added with little-to-no hardware requirement.

ExW Department engineers cut two-thirds of all DCGS-MC hardware by using software-based computers called virtual machines, or VMs. Like real computers, VMs can run apps and operating systems, only they do it within a larger virtual infrastructure, where “common VMs” are integrated on the system as well as “mission-specific VMs” that align with defined operational needs.

The virtual infrastructure, which can be expanded through high capacity plug-ins, is also hardware agnostic. If another unit shows up with different equipment, Marines can take their VMs and work off other hardware.

“The software itself doesn’t know that the hardware underneath it has changed,” explained Steven Canaday, DCGS-MC tech lead at NIWC Atlantic.

“It was a complete overhaul in the way we did business, essentially ensuring our software was no longer directly tied to any one piece of hardware,” Canaday said. “Marines can pick and choose which capabilities they need to bring with them to execute a mission.”

For the demands of any future expeditionary advanced base operations (EABO), innovative measures like the consolidation of DCGS-MC will make Marines quicker and more agile.

“In an EABO setting, Marines using DCGS-MC will only need a laptop loaded up with tactical VMs for specific missions instead of a laptop plus a whole stack of servers,” said Lindsay Sakran, DCGS-MC team lead at NIWC Atlantic.

DCGS-MC is interoperable across many military systems, allowing the joint force to share critical data.

Marine Corps Systems Command (MCSC), the organization that oversees which technologies and systems make their way into the hands of Marines, requested the DCGS-MC hosting environment upgrade.

Upon receipt of the new system, the DCGS-MC lead for the Marine Corps praised the consolidation effort.

“Hard work went into preparing this system to get us to this point,” said Tom Roebuck, product manager for DCGS-MC at MCSC. “The dedication and tenacity of the DCGS-MC team, which includes NIWC Atlantic, ensured Marines received the right software, the right hardware and the right training documentation to go with it. That work has been both noteworthy and much appreciated.”

Probably the biggest success to emerge from the consolidation was the recent deployment of Advanced Analytics Technical Solution (AATS), a powerful application that provides Marines automated data analytics to free them up from time-consuming tasks.

“AATS was a huge effort and a big win,” Sakran said. “It’s a force-multiplier, because it brings all of these data stores and architectures together to decrease the administrative burden for users. Instead of spending eight minutes trying to find vitally important data in a cache of documents, a user now only need two minutes — a 75 percent boost in efficiency.”

AATS and other artificial intelligence and machine learning capabilities absorb the bulk of the data-sifting burden.

“Marines are expeditionary and always moving,” he said. “Making sure this effort maintained capabilities no matter where Marines go was critical. That’s why we pushed server functions to a laptop, providing Marines the capabilities needed to conduct distributed maritime operations.”

Sakran said crossing the finish line on the effort points back to an extraordinary team that is not only innovative but also places the Marine at the heart and center of everything they do. She also pointed out that considering the Navy’s heavy focus on integration, innovation at NIWC Atlantic continues full steam ahead.

“Ultimately, I would love to see this lead us to the place where Marines don’t have to carry any hardware around,” she said. “I envision Marines just walking on a ship one day and laying everything down on a Navy network.”