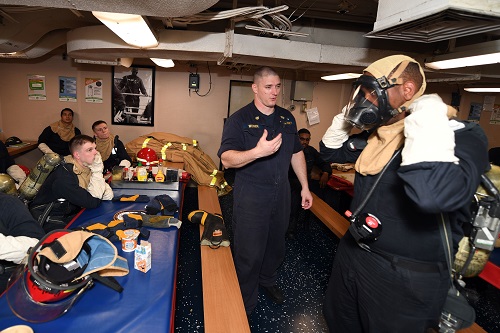 AUGUST 7, 2017, WASHINGTON (NNS) – The Navy announced Monday in NAVADMIN 192/17 that it is implementing a new distribution policy for senior enlisted supervisors (E7 – E9), for active component (AC) and full-time support (FTS), designed to improve manning levels at sea and other operational units.

Effective immediately, the new policy will lead to a more efficient assignment of senior enlisted leadership across the Navy.

“Our number one priority is to keep the Fleet properly manned,” said Chief of Naval Personnel Vice Adm. Robert Burke. “We are aggressively using all force shaping levers to do just that.”

Over the past several months, the Navy has implemented several policy changes designed to improve enlisted sea duty manning at every experience level (apprentice (E1-E4), journeyman (E5-E6) and supervisor (E7-E9)). This policy change is the next step to improve Fleet manning.

Currently, there are 24 Ratings that are overmanned ashore, and the Navy anticipates that more than 1,100 supervisors will be able to be transferred to operational units in the next several months. This has largely resulted from strict adherence to sea-shore-flow and sea-shore-rotation rules, regardless of when an individual is selected for chief petty officer. The revised rules will more closely resemble officer career paths, which respect the need for rotation ashore, but also recognize the critical need for leaders at sea.

“Chiefs are the Navy’s critical leadership element,” Burke said. “This change places chief petty officers into a “career path” vice “sea-shore-flow” paradigm, much like that for officers. It is essential that we have our deck-plate leaders, including newly selected chiefs, where it counts – on ships and submarines, in aviation squadrons, and in other operational or Fleet production units on the leading edge of our combat teams.”

Assignments for all enlisted supervisors, including those selected for advancement to chief petty officer, will be reviewed to maximize Fleet manning readiness. When detailing senior enlisted personnel, sea-shore-flow and sea-shore-rotation concerns will continue to be considered, but will be secondary to Fleet manning requirements.

“Chief Petty Officers have always been the bedrock of our Navy,” said Rear Adm. John Meier, assistant commander, Navy Personnel Command for Career Management. “They inspire, train and motivate the young men and women who join our Navy and who frequently go to operational sea-duty commands on their first assignments.”

Chiefs will be considered eligible for reassignment if they are assigned:
* To an unfunded billet
* In excess of authorized supervisor billets
* To a billet of a lower paygrade.

Chiefs are encouraged to consider the Voluntary Sea Duty Program and the Sea Duty Incentive Pay Program (SDIP). These programs allow chiefs to proactively manage their career and provide benefits including geographic stability, the opportunity to negotiate for choice orders, and SDIP for eligible ratings. 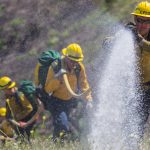