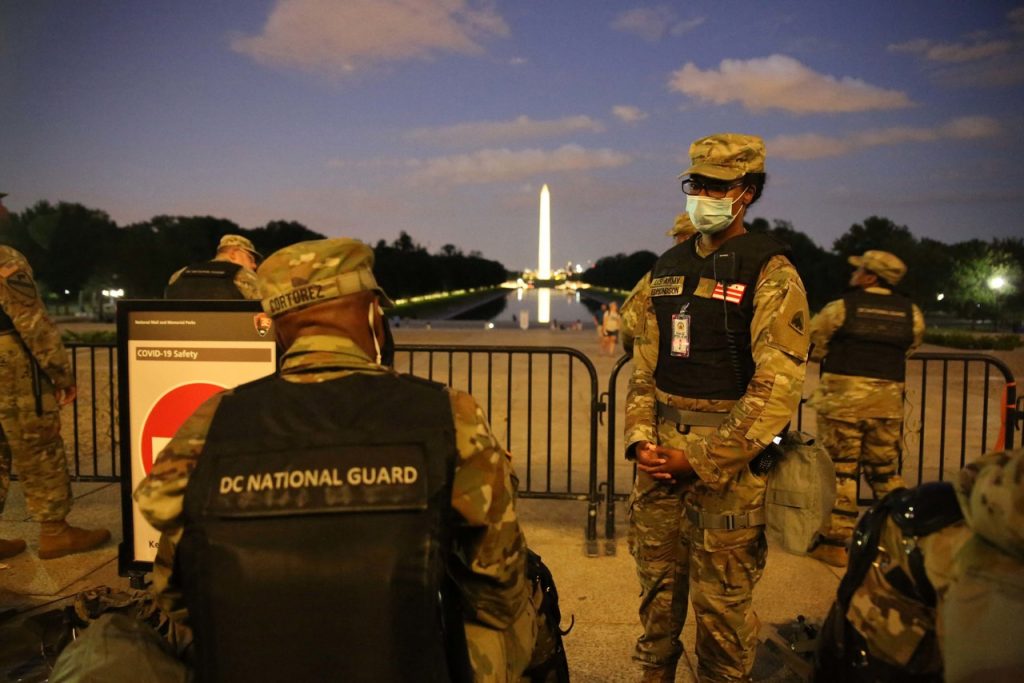 JUNE 4, 2020 – Governors in 28 states have called on the National Guard to support first responders in the wake of civil unrest and protests across the nation following the death of George Floyd.

A Defense Department official said yesterday that the country relies on Guard troops to support civil authorities because they can be deputized to serve in a law enforcement role, if needed, while active duty service members cannot.

But, the official noted, DOD is consulting with governors to determine if and where active duty troops might be needed to supplement the Guard’s efforts.

Department officials held a press briefing to discuss the potential use of National Guard and active duty personnel in support of state and local authorities.

District of Columbia National Guardsmen have been deployed to help the district’s law enforcement agencies protect buildings, federal installations and monuments — and ensure peace, order and safety, the official said.

However, the official noted, the response to civil unrest in the nation’s capital was overwhelmingly from law enforcement, not National Guardsmen.

More than 100,000 guardsmen are engaged across the country and in overseas missions, the official said.

In the U.S., more than 67,000 National Guard soldiers and airmen are supporting operations in every single state, three territories, and the District of Columbia, the official said, noting that this represents the largest domestic response since Hurricane Katrina.

“More than 42,000 are still actively doing COVID operations,” the official said. “All of those mission sets remain the same, and … another over 18,000 now in 29 states and the district are assisting law enforcement authorities.”