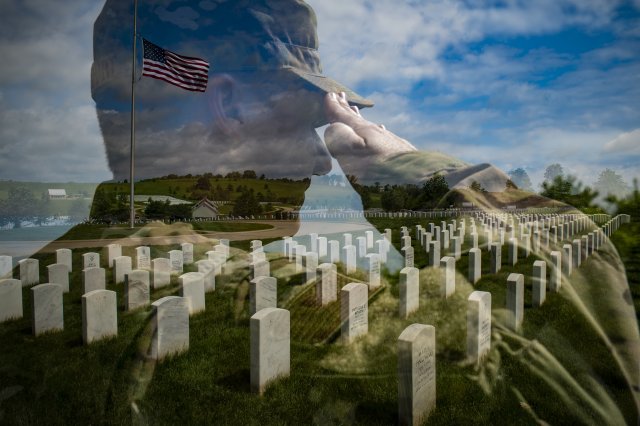 MAY 25, 2019 – When Jane Horton hears someone say “Happy Memorial Day,” it makes every one of her nerves stand on end. “That’s not what the day is about,” the Defense Department’s senior advisor for Gold Star and surviving family members matters.

Sure, Memorial Day marks the traditional beginning of the summer vacation season. The three-day weekend involves picnics and barbecues and family trips, but it is also about acknowledging the debt Americans owe those who died to protect the country.

“There is this one special day each year called Memorial Day, and that is the day to remember the fallen and those who have made the ultimate sacrifice,” Horton said.

Memorial Day is a time for Americans to reflect on the sacrifices of so many to secure the country and protect its citizens. Since the country was founded, well over 1 million Americans died in the nation’s wars. Service members are still in harm’s way in Afghanistan, Iraq and Syria.

Memorial Day grew out of the carnage of the Civil War, when more than 600,000 Union service members died giving the nation, as President Abraham Lincoln said, a “new birth of freedom.” After such an overwhelming loss, Americans in the North and the South remembered those killed.

Arlington National Cemetery — created in 1864 to bury those killed in the Civil War’s Overland campaign — was the site of family picnics on Memorial Day, as families from all over the country visited to place flowers on the graves of their loved ones.

Those who have paid that price were like Jane’s husband, Army Spc. Christopher Horton, an Army sniper killed in Afghanistan on Sept. 9, 2011. Chris would want people to enjoy their long weekend, she said. “But they should take some time to remember, and understand why they are free,” she added. “That doesn’t mean they have to be somber or they have to obsess over it. But they should keep the sacrifice in the back of their heads.”

The best way to honor the fallen is to live the best life possible — especially for service members, she said. “That’s what I try to do,” she added. “I have fun, go fishing, live the American dream, and remember, and learn different stories of those who paid the ultimate sacrifice for me.”

Horton said she wants senior leaders to understand how strong these families are, and that “the force needs to see that strength of the families left behind, and how we want to continue supporting the missions our loved ones gave their lives for.”

Finally, Horton suggested that families know the names and know the stories of those who sacrificed for Americans they never met. “Learn a name this weekend,” she said. “Teach your kids a story about that loss. Then go and have fun.”