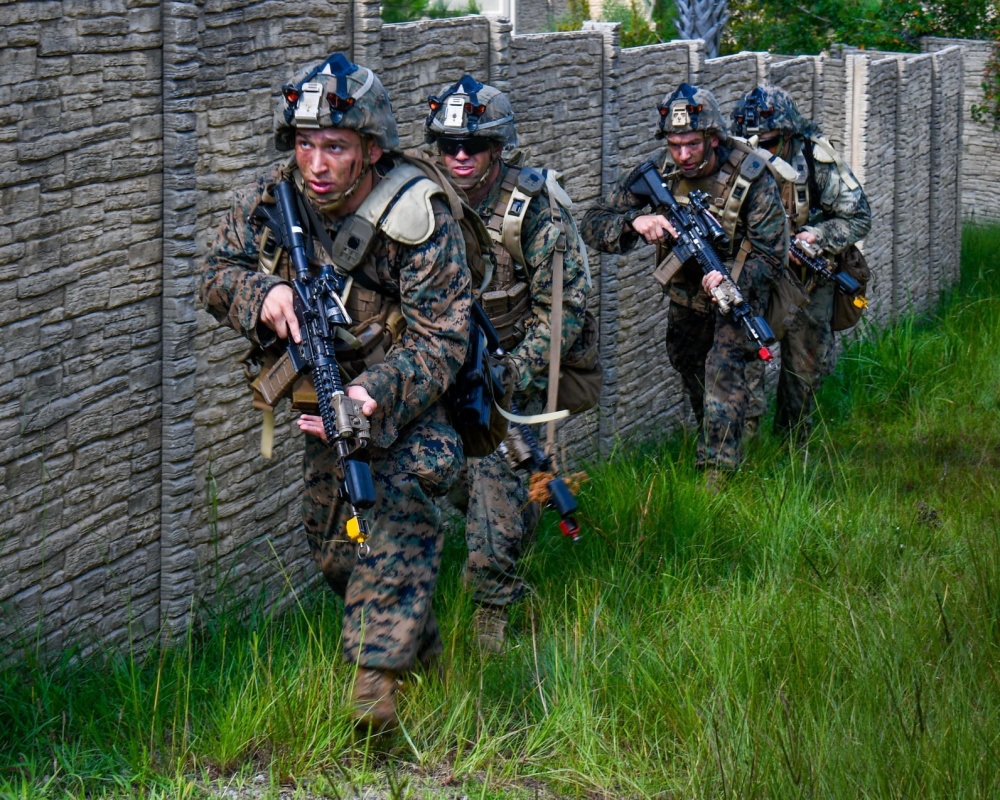 FoFTS-Next will enable Marines to train in realistic, scenario-based, simulated environments against live, role-playing opponents. The system will help Marines better understand the future battlefield and improve their overall performance, both individually and as part of a unit.

The laser-based system simulates a training environment where Marines can engage a live-thinking enemy. Each Marine training on FoFTS-Next will wear a vest fitted with detectors that receive and decode information transferred to and from each player.

Marines can leverage the data recorded during training to construct an after-action review. This information provides a time-stamped, visual overview of each individual’s and unit’s performance to determine areas of improvement.

FoFTS-Next is capable of supporting larger exercises as well as those involving smaller groups. While the newer system operates similarly to ITESS-II, FOFTS-Next leverages an Urban Combat Advanced Training Technology Laser Standard, a new protocol innovative within the Department of Defense.

The UCATT standard enhances the realism and effectiveness of laser-based training. It replicates the simulated weapon system’s engagement range, resulting in improved system performance by accurately determining the distance to a target, accounting for the rise and fall of different ammunition types, and allowing for leading a target.

“This standard is also the predominant standard in use with our [North Atlantic Treaty Organization] allies, thereby providing an opportunity to enhance the effectiveness of combined training,” said Mohler.

“Force-on-Force Training Systems-Next is important because it promotes improved combat readiness,” said Mohler. “It is vital for the Marine Corps’ ground training readiness.”

Col. Luis Lara, the program manager for Training Systems, commended the program office for expediting the process of awarding a contract. He also expressed excitement for the potential of FoFTS-Next in supporting the future Marine.

“Not only did the acquisition team employ lessons learned from sister services to reduce developmental costs, but they also used an innovative approach to streamline the acquisitions process,” said Lara. “I am very excited to see the Force-on-Force Training Systems-Next cross this milestone and get one step closer to training Marines.”

Between 2023 and 2026, MCSC plans to field FoFTS-Next to Marine Corps bases in California, North Carolina, Hawaii, Virginia, Japan and Guam.