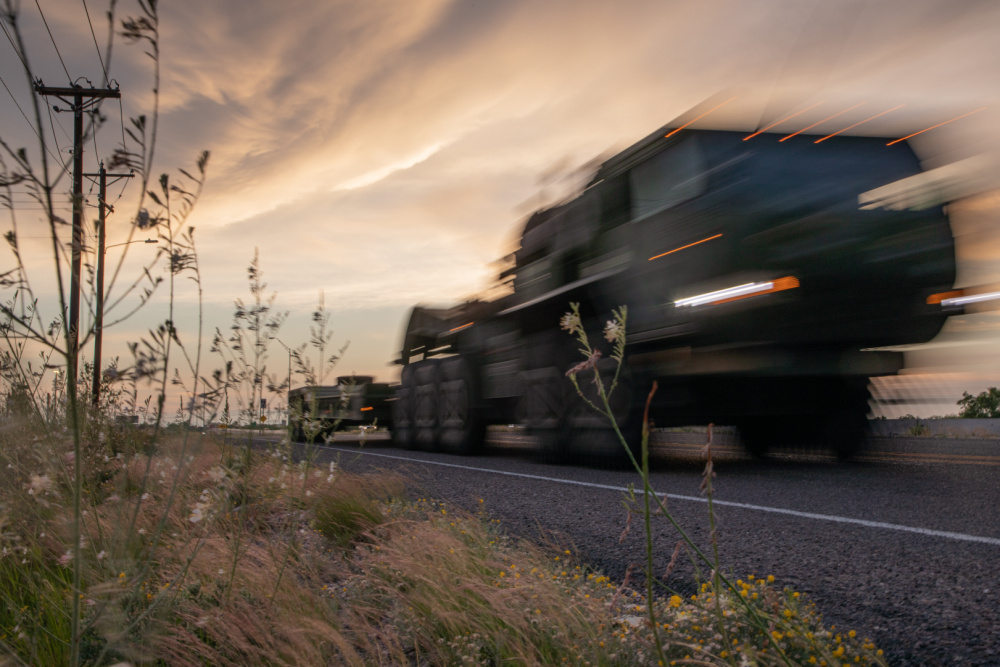 JUNE 4, 2021 – In one of the longest military convoys in history, U.S Marines drove 18 vehicles approximately 5,500 miles in a continuous 34-day mission.

In a mission which sought to test the limits of Marine Corps capabilities, the unit not only pushed their vehicles farther than ever before, but also tested the limits of the men and women on the convoy, and the strength of their command-and-control abilities.

“This sets the bar, this is the new standard,” said Brigadier General Forrest Poole, commanding general of 2nd MLG, “we’re looking to replicate this in a different environment, maybe outside of the United States. It highlights the importance of Marines and Sailors trusting their equipment and… [those] on their left and right.”

The convoy broke new ground not just for its record-setting length, but also for the of communications experiments which were conducted during the convoy. Marines tested tactics and procedures for employing “distributed command and control” over vast distances. At each stop along the convoy, they used High Frequency (HF) beyond line-of-sight, highly secure radio communications to regularly speak with an operations center all the way back in Camp Lejeune.

The HF radio calls to the combat operations center in Camp Lejeune took place from across the Southern United States, including stops in Albuquerque, New Mexico, Texarkana, Texas, and the Grand Canyon.

The convoy concluded on June 3, at a homecoming ceremony held in their honor aboard Camp Lejeune. Speaking from their Maintenance Bay, the Marines and sailors who completed the convoy were lauded for their achievement and reminded of the importance of such exercises on maintaining Marine Corps readiness in the future fight.

Training such as this convoy ensures the logistics combat element of the Fleet Marine Force is ready and able to provide the transportation support critical to accomplishing a wide range of military operations.