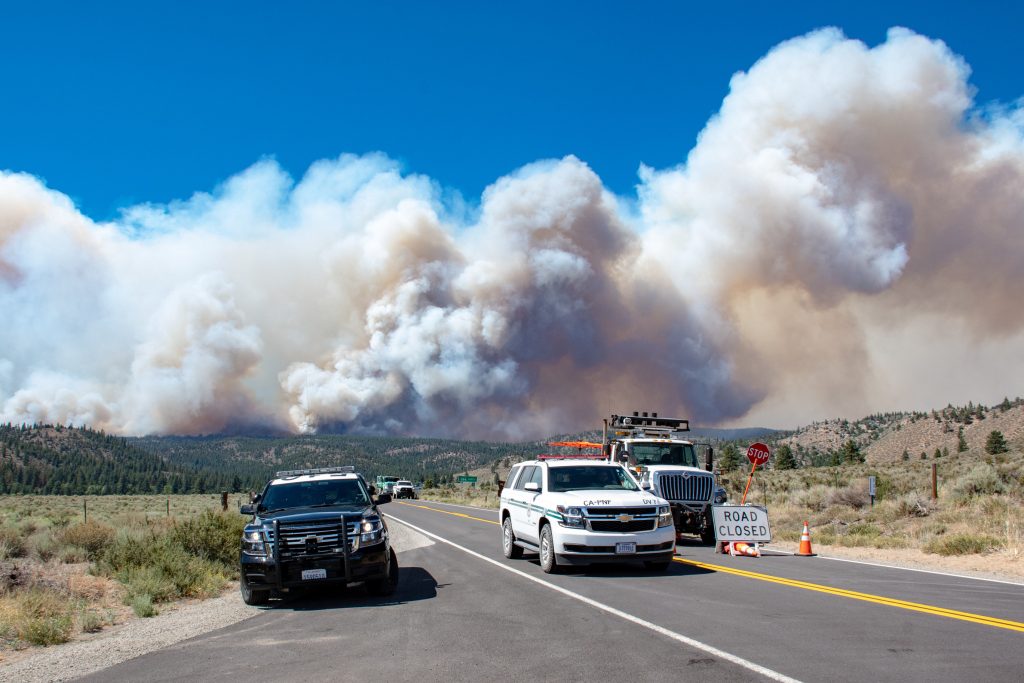 JULY 30, 2021 – When wildfires happen out west, National Guard service members are there to fight those fires. And for now, they’ve got a good handle on the effort, the director of the National Guard said.

“We’ve got 500 people and about 19 aircraft,” on the firefighting mission, Army Gen. Daniel R. Hokanson said. “I think we have the capability to put over 200 aircraft … and all the support personnel to do that. It’s roughly probably less than 10% of what our capability is right now. So, we’re in a pretty good spot right now.”

In northern California, guardsmen are helping with the Dixie fire in Butte and Plumas counties that has burned more than 200,000 acres. It’s about 23% contained right now, according to the California Department of Forestry and Fire Protection. In Oregon, guardsmen are helping with the Bootleg fire, which has burned across 413,000 acres of land and is about 53% contained, according to the Northwest Interagency Coordination Center. The Lick Creek fire in Washington, originally caused by a lightning strike, is about 90% contained.

Guardsmen in the fight are using the “mobile airborne firefighting system,” or MAFFS. Already, according to National Guard sources, four MAFFS crews from three different states have made 273 drops and completed 280 sorties.

“When you see a plane come in and leave that big red streak of fire retardant, those are [MAFFS],” Hokanson said. “We use our C-130s to do that. And then we use a lot of helicopters as well, with buckets. And they usually scoop up water nearby and drop it on the fire.”

The National Guard, and the states, used to prepare for an upcoming fire season. But now, Hokanson said, the guard has to be ready year-round for what may come.

“We used to talk about [the] fire season … it’s really a ‘fire year’ now,” he said. “Fires really, almost, go year-round now. And, so, that has added a little bit [of] higher demand. But usually in the fall, winter and early spring, there’s enough civilian resources to cover that.”

Hokanson said the National Guard pays close attention to how those civilians fight the fires, looking at the resources they are using in the way of people and aircraft, to better assess when they may reach their capacity so that the guard can be ready if called upon to contribute.

“As those numbers start to creep up and get near their limit, that’s when we really start looking at what the total level of support we are going to provide,” he said.

A changing climate has affected how the National Guard readies itself for things like wildfires and hurricanes, Hokanson said. That includes things like tracking precipitation in forests to determine humidity levels there, which can affect the likelihood of a fire, for instance.

“We just look at the environment and do everything we can to prepare for it, which in some cases means getting trained earlier in the year,” he said. “And then sometimes we have to make sure that we’re … programmed to go the duration. Fortunately, like on the Dixie fire, they had rain the other day, which really helped. I wish we could predict that, but we can’t. We’re just there to do everything we can and what we can control.”