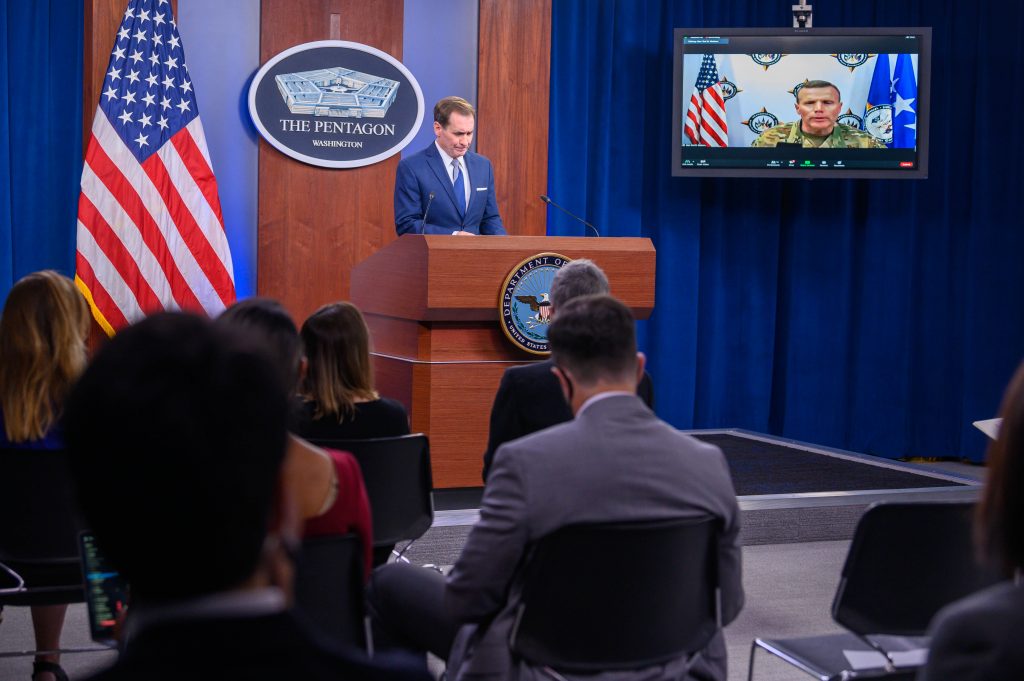 SEPTEMBER 3, 2021 – U.S. European Command is processing and transporting thousands of evacuees from Afghanistan to the United States and this process will become more intense in the coming days, Air Force Gen. Tod D. Wolters, the commander of U.S. European Command, told Pentagon reporters via video teleconference.

Thousands of service members in Europe are working tirelessly to process the evacuees and transport them safely to America.

The operations in Europe have become more efficient as the exercise moves on with service members processing up to 250 people per hour – up from 30 per hour.

Since Aug. 20, 14,500 evacuees have been transported from Ramstein, 1,500 from Sigonella and about 500 from Rota. The general thanked America’s German, Italian and Spanish allies for their cooperation in the effort.

The U.S. service members in Europe are doing this in addition to their main mission to protect the sovereignty and liberty of the continent, Wolters said.

Wolters had a special shout-out to the thousands of volunteers who spontaneously rose up to assist with the evacuation efforts. He said the first day of the airlift, there were about 30 volunteers.

That has swelled to thousands across Europe “who are doing everything from helping with food items, helping with clothing, serving as counselors, helping to organize, serving in assisting with security. They are tremendous force multipliers for us.”