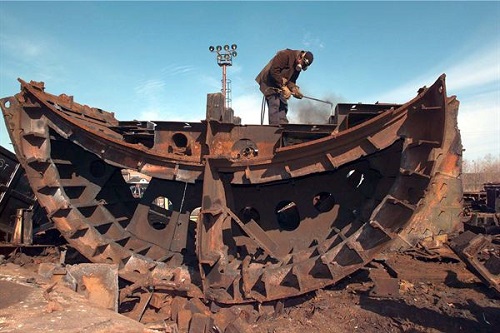 WASHINGTON, March 11, 2016 – As part of the effort to upgrade global biosurveillance capabilities in the wake of recent pandemics, a mainly nuclear nonproliferation program created in the 1990s has evolved to address biological threats around the world.

The precursor to the Defense Threat Reduction Agency’s Cooperative Biological Engagement Program, or CBEP, began in November 1991 after the fall of the Soviet Union as a U.S. threat reduction and nonproliferation effort.

By 1996, Congress had expanded the program to include protection from chemical, biological and radiological materials and weapons, and later to include broadening the program to countries beyond the original 15 that emerged from the Soviet Union’s dissolution.

“Over the years the program morphed into helping those partners safeguard and secure any biological material they may have for public health purposes [and] to give them the capability to detect, diagnose and report incidents focusing on weapons of mass destruction, related biothreats and bio material,” CBEP division chief Dr. Lance Brooks told DoD News during a recent interview.

The program also works to make sure partner countries can detect intentional and accidental biological releases and natural outbreaks that can become pandemics threatening U.S. national security, he added.

Brooks said CBEP also helps countries with disease reporting required by a 2005 revision of the International Health Regulations, which is implemented and coordinated by the World Health Organization.

The IHR represents an agreement among 196 countries to build capacities to detect, assess and report significant public health events. The regulations include specific measures that countries should take before and during such events at ports, airports and ground crossings to limit the spread of health risks.

Brooks said that a 2009 memorandum from the office of the defense secretary to then-assistant secretary of defense for nuclear, chemical and biological defense programs, Andrew Weber, incorporated infectious diseases from the departments of Agriculture and Health and Human Services select agents and toxins list into the Cooperative Threat Reduction mission.

The same year, CBEP moved out of the former Soviet Union, eventually moving into Africa to address the nexus of terrorist groups and emerging infectious disease increasing on the continent, Brooks said.

“Anywhere you have bad guys and biological material that could be used as a weapon, that’s essentially where we have determination to go,” he added.

When CBEP works with a country, “we make sure their facilities are secure and they work safely with materials so they don’t have an accidental release, and securely so terrorists can’t get their hands on materials,” Brooks explained.

“We also help them assess the biological collections in country and help them eliminate any unnecessary stockpile or consolidate it into more secure facilities. Then we work closely with them to build their disease detection network and integrate that into the public health system,” he said.

CBEP’s partners include WHO, the U.S. Centers for Disease Control and Prevention, the U.S. Agency for International Development and other international organizations to help countries develop their capacities to detect biothreat materials.

For the public health community, “we want them to be able to detect diseases beyond everyday acute diseases like cholera, tuberculosis and others,” Brooks said, “but it has to be integrated into the everyday job and function they’re doing, otherwise they can’t sustain it.”

“These countries have to have trained epidemiologists to analyze the information and provide it to the countries’ decision makers, who must appropriately respond, Brooks said.

To coordinate CBEP efforts, DTRA maintains defense threat reduction regional offices around the globe, he said, and the CBEP program works extensively with outside experts.

“You have to have people out in the field working with our partner countries,” Brooks said, noting that CBEP also coordinates with an international network of U.S. military laboratories called the Global Emerging Infections Surveillance and Response System to avoid duplicate efforts.

“Some countries we work with use paper and faxes to send disease information, slowing the notification processes to weeks or months, making it impossible to gather real-time data,” he said.

“When we assist a country we try to get them to do electronic reporting,” Brooks added, “so that at least within the country data will be available more quickly for a coordinated response to mitigate a terrorist attack or prevent a potential pandemic outbreak.”