Washington, July 14, 2014 – As NATO prepares for a summit in September, a senior Defense Department official today characterized the alliance as being at a turning point, with questions emerging about the kinds of missions it should take on post-Afghanistan, appropriate levels of defense spending by its members, and whether NATO publics will question the alliance’s relevance going forward.

“For NATO to continue to be seen as relevant to our publics, it needs to be seen as addressing the security issues that are relevant to our publics, so that’s why as an alliance we need to work harder,” Derek Chollet, assistant secretary of defense for international security affairs, said during a “Transatlantic Talks” discussion at the German Marshall Fund of the United States here.

Chollet, whose Pentagon portfolio includes department policy on Russia and Ukraine in addition to alliance issues, said the NATO summit set to be held in Wales will come at a critically important time for the alliance, given the uncertain security situation in Eastern Europe and the scheduled end of NATO’s combat mission in Afghanistan in December, as well as other possible responsibilities that its 28 members could be asked to take on in the future.

“As we are approaching the end of this year with Afghanistan transitioning to a train, advise and assist mission, we are once again facing for the alliance a moment where we are asking, ‘What is the alliance for?’” he said.

The crisis in Ukraine, Chollet said, has served to bring some of these issues to the forefront, including the question of capabilities, which inevitably touches on defense spending by European governments.

“Declining defense budgets [and] declining capabilities remain a challenge, they remain a problem, and they remain something we worry very much about, and that’s why these issues have been on the agenda at NATO at ministerials, and that’s why they will be front and center at the summit,” Chollet told his audience of journalists, think tank members and diplomats.

It was an echo of warnings by Defense Secretary Chuck Hagel and his recent predecessors, who have publicly called on NATO’s European members to pick up an increasing share of the alliance’s budget, the bulk of which is paid by the United States.

Chollet said demonstrating the importance of holding the line on defense spending is one reason why President Barack Obama has asked Congress to approve up to $1 billion to fund the European Reassurance Initiative, a program he announced last month intended to reassure U.S. allies of American support on the continent through security operations that include exercises and troop rotations.

“Think of it as a challenge pledge,” he said. “We’re showing that we’re still willing to try to buck the political trends here and continue to spend on European security, and we expect our European partners to show the same.” 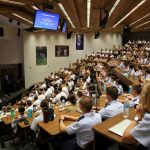 MARCH 27, 2020 – More than 200 military medical students and graduate nursing students from the Uniformed Services University of the Health Sciences (USU) will be graduating early to support their colleagues in the U.S. military health system amid the global coronavirus pandemic. USU President Dr. Richard Thomas made the decision when the national emergency […] 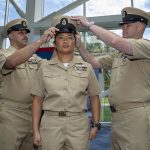 MARCH 20, 2020 – Efforts to prevent the spread of the coronavirus has led the Navy’s top personnel officer to suspend all selection boards until further notice. The decision was announced in NAVADMIN 072/20 on March 18 as a further precaution “to protect the health and safety of our force,” Vice Adm. John B. Nowell, […]