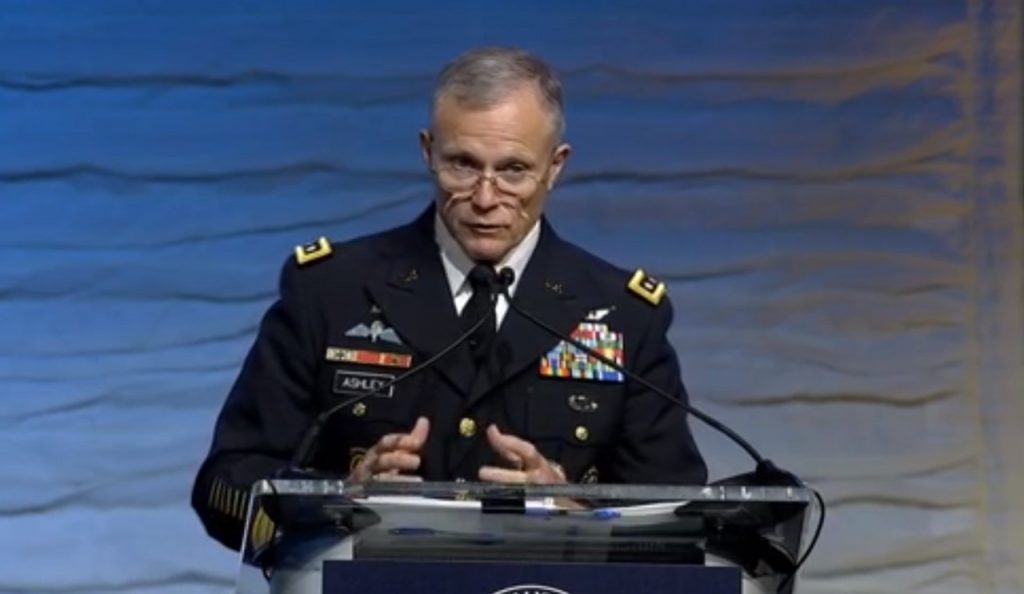 AUGUST 20, 2019 – Within a decade, China and Russia’s militaries will be using data visualization, artificial intelligence, machine learning and possibly quantum encryption and communications, the director of the Defense Intelligence Agency said.

These tools are used to collect, analyze and secure data accurately and at high speeds. Both China and Russia realize that “whoever can leverage the data and understands that can dominate,” Army Lt. Gen. Robert P. Ashley Jr. said today at the 2019 Department of Defense Intelligence Information System Worldwide Conference in Tampa, Fla.

DIA’s efforts at improving intelligence gathering have a three-pronged focus:

In addition to systems, Ashley said, people are the agency’s foundational strength.

People work best when they are on teams to use one another’s strengths, he said. DIA has organized analytic data teams composed of data scientists, tool developers, methodologists and all-source analysts to look at information and refine algorithms to get a more accurate intelligence picture.

DIA also needs to strengthen its teaming with allies and partners, Ashley said, notably data sharing. Currently, a brigade is pretty good at speed in sharing intelligence within the brigade, he said.

However, when it comes to sharing intelligence between brigades and between each of the military services, it slows down, he said. And, it’s even slower between allies and partners.

It took World War II to compel better information sharing between allies, he said. The U.S. cracked Japan’s Purple Encryption Machine early in the war. About the same time, the United Kingdom cracked the Enigma Machine used by the Germans. A decision was made at the very top for the two nations to share their work, and it probably shortened the war by two years.

It shouldn’t take another war like that to enable intelligence sharing, Ashley said.