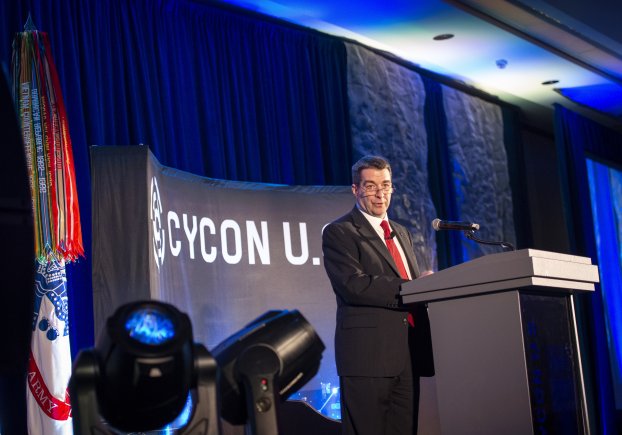 To counter this, the Army — along with the Department of Defense and its allies — are taking the fight back to adversaries through a new cyberwarfare strategy.

The DOD Cyber Strategy emphasizes “Defending Forward” in order “to disrupt or halt malicious cyber activity at its source, including activity that falls below the level of armed conflict,” said Col. Andrew Hall, director of the Army Cyber Institute at West Point, New York.

Their remarks — at the third annual International Conference on Cyber Conflict — come on the heels of American troops arriving in Montenegro to help counter cyberattacks from near-peers threats, like Russia.

For the second year in a row, an elite cyber team made up of U.S. service members arrived at the Balkan nation of Montenegro to protect networks and study tactics of near-peer adversaries during U.S. elections.

“The team’s operations are part of efforts to persistently engage adversaries in cyberspace, working to protect critical infrastructure alongside valued partners and allies,” USCYBERCOM officials said in a statement.

The partnership is also intended to prepare for countering threats during U.S. and Montenegrin elections in 2020, according to the statement.

“This was at [the Montenegrin government’s] invitation,” Luber said. “We are using their [systems] to defend various critical networks, thereby improving their defense and helping improve security for the United States.”

The Balkan country — with a population of a little more than 600,000 — is a prime focus for potential cyberattacks from Russia.

The two NATO countries will continue their partnership to identify potential “malicious cyber actors’ capabilities and tools,” according to a statement by the U.S. Embassy, and will work shoulder-to-shoulder with “other allies and partners to prevent future network intrusions and cyberattacks.”

“We had to bring together the best intelligence,” said Luber, a 33-year National Security Agency veteran and cybersecurity expert. Including “the best cyber operators, and the best strategy and plans in cyberspace operations is to ensure that we’re ready for any adversary trying to conduct malign influence against their election.”

“Both the United States and Montenegro benefit from our close partnership in cyber defense, which helps to protect our shared values and interests,” said U.S. Ambassador Judy Reinke in a statement. “Our continued work with Montenegro is a clear-cut example of how the free world works together to spread security.”

America’s allies and partnerships stretch beyond European borders, and go around the world. One example was last year’s PANAMAX, an annual U.S. Southern Command-hosted multinational exercise that aims to ensure the Panama Canal is successfully defended against any threats.

“For the first time, we plugged cyber into the exercise,” said Command Sgt. Maj. William H. Rinehart, senior enlisted advisor for U.S. Army South. “In doing so, we actually had a number of individuals who came to the exercise with a [cyberwarfare] specialty in their country.”

Representatives from more than 20 nations came together to participate in simulated training scenarios.

One night during the exercise, as he sat in a tent with allied partners, Rinehart asked if anyone had “ever had near-peer adversaries — such as China or Russia — tamper with their cyber networks?” As he imagined, nobody raised their hand.

“I wasn’t shocked, I knew the answer before I asked,” he said, underlining the importance of allied nations working together against cyberattacks.

Although troops will continue to bolster their strategic allies however possible, Rinehart said, the goal is to work shoulder-to-shoulder with allies in the future.